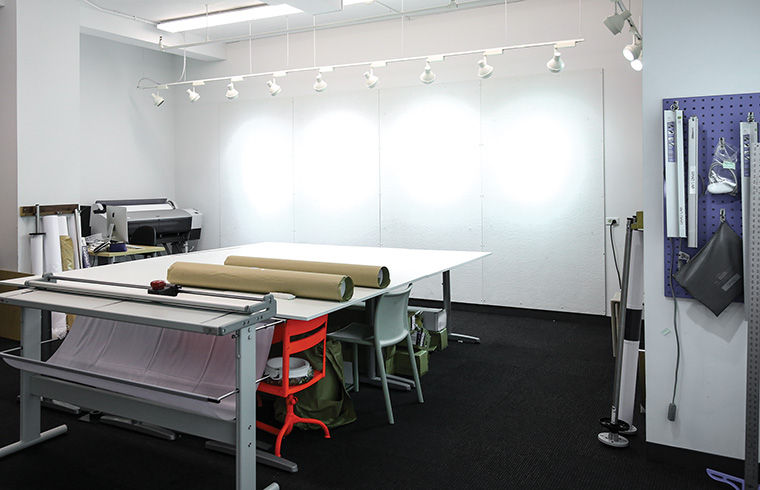 Graduate students in the Photography Department will soon be able to complete their master’s degree in a two-year time span instead of the previous three-year program.

Columbia’s campus will see changes during the next academic year, particularly the MFA photography program, which will experience a major restructuring.

Beginning in the Fall 2015 semester, the program will be condensed from three years to two. Despite cutting two semesters from the program, students will still be expected to complete 60 credit hours within the four allotted semesters, according to Judy Natal, coordinator of the MFA graduate photography program and professor in the Photography Department.

“[The graduate faculty] is hoping that the program is going to be a more concentrated experience,” Natal said. “We feel not only that it will be the same, but better, and this is why we’ve gone to all the trouble [of changing the program]. We’re updating our curriculum, revitalizing and contemporizing it.”

Natal said the program continues to focus on the artistic practice and mastery of a student’s talent. The overall learning outcomes will not change while new courses are being created, though, she said.

“The simplest way to put it is we’re keeping the best of the backbone of our graduate program and what makes it internationally renowned,” Natal said.

The graduate photography program will incorporate more interdisciplinary and collaborative activity, a common trend within several of the college’s other academic programs, Natal said. Similarly, shortening the length of the program and condensing classes will help the program address the increased competition in the MFA photography industry, Natal said.

Although the program has not seen a recent decline in enrollment, Natal said making the program line up with a more competitive MFA program market is a preventative measure against future enrollment decreases.

“What we’re finding is some of our top-ranked students who’ve applied to Columbia weren’t coming because they were choosing two-year programs [instead],” Natal said. “Even though financially it’s the same commitment of credit hours, it’s a full year of a graduate student’s life and also the expense of living in Chicago.”

Ross Sawyers, associate chair of the Photography Department, said that while there are benefits and drawbacks to any big change, the change would hopefully attract a different type of student who is ready to keep up with an accelerated program.

“I wouldn’t say it’s a concern or a negative that things are being condensed, but it will move faster and students will move through quicker, [providing] opportunities for incoming students,” Sawyers said.

Sawyers also said he does not think the changes are drastic, describing them as slight restructuring and moving  around many smaller pieces of the existing program [that] will lead to more contemporary practices both within the department and at the college.

Jason Lazarus, a 2003 alumnus of the graduate program, said he thinks shortening the three-year program by a year will make the program more appealing  incoming graduate students.

“The three-year program was good for me because I needed that extra year to develop,” Lazarus said. “But I don’t think that’s often the case. They’re making an adjustment they should have made a few years ago.”

Similarly, Jason Reblando, a 2010 alumnus of the graduate program, said there are many advantages to being enrolled in a shorter program, especially when it comes to tuition costs.

“I’m sure if it was a two-year program [in 2010], we would have done what needed to get done,” Reblando said in an emailed statement. “At some point, baby bird has to get kicked out of the nest and fly. I like to think of that third year as getting kicked out of the nest, but with a parachute.”

Reblando said the change will appeal to future applicants.

“We have the best photography graduate program in the country,” Natal said. “We want to make sure it stays the best.”