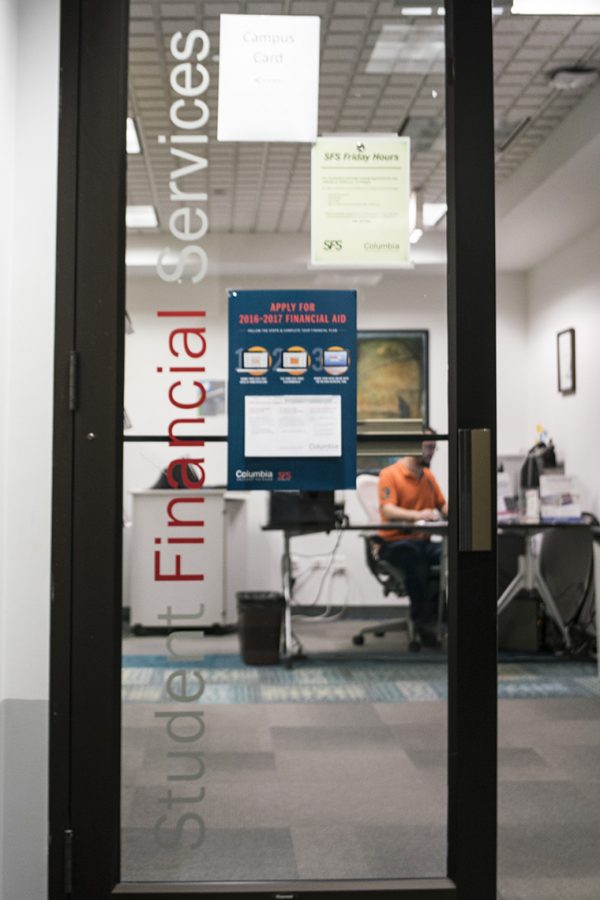 Assistant vice president of Student Financial Services Cynthia Grunden said SFS’s goal is to not have finances be an issue for students.

When junior journalism major Mikhaela Padilla received a Student Financial Services email in August informing her about a drastic change in her payment plan, she was left with questions about the college’s steadily increasing cost of attendance and how to finance it, Padilla said.

“I was on my computer, and I was crying, [thinking], ‘How am I going to pay for this?’” Padilla said. “I dropped one of my classes so I could have more time to work. I can’t deal with the stress. It’s just so frustrating.”

According to Padilla, her past monthly installments were doubled, and the unexpected payment increase rose to about $1,148.

“That [amount] is more than my paycheck per month,” she added.

After a Sept. 7 meeting with SFS, Padilla’s payment plan was terminated and she is now using a Parent PLUS Loan her family applied for following the steep increase to her payment plan.

Despite its goal of creating student accountability, SFS’ payment plans have caused students confusion as they struggle to understand its communications, whether a plan is needed and the effect of changes made to individual plans.

According to Assistant Vice President of SFS Cynthia Grunden, a payment plan is “like a contract” made for students.

Whether or not a student needs or wants to set up a payment plan, SFS sends emails before each semester with the subject reading, “Reminder: You are Required to Establish a Payment Plan.”

Because emails continue to be sent even if students have already paid their tuition in full, Austin Anglin, senior cinema art + science major, said they cause unnecessary worry.

The emails state that failure to pay in full or establish a payment plan by the given date “may result in a financial hold on [a student’s] account and a $150 fee for non-compliance.” The email adds that the college reserves the right to cancel a student’s class schedule if he or she fails to comply.

The emails and payment plans are supposed to motivate students to be proactive, according to Grunden. She added that if students make the plans to pay by the deadline, they can then focus on school rather than worry about finances.

According to Grunden, when students sign up for a payment plan, they are required to pay a percentage of their balance up front—a fee ranging from $45 to $85—and a number of installments spread throughout the semester.

Costs vary and the longer students wait to sign up, the higher their down payment and fee will be, she added.

To prevent confusion, Columbia should have a database that distinguishes between students who use payment plans from students who do not, Anglin said.

“There [has] to be a better situation than to just send out a mass email,” Anglin added.

When senior interactive arts and media major Julia Spencer realized the emails were from SFS, she had already missed the deadline to establish a payment plan.

“It’d be better if they would mail out [payment plan information instead of email],” Spencer said. “They only [mailed it out] once, and that was really early on.”

“I feel like nothing is going to be done unless we continually bring up the situation until they get tired of us, and that’s not how it should be,” Padilla said.