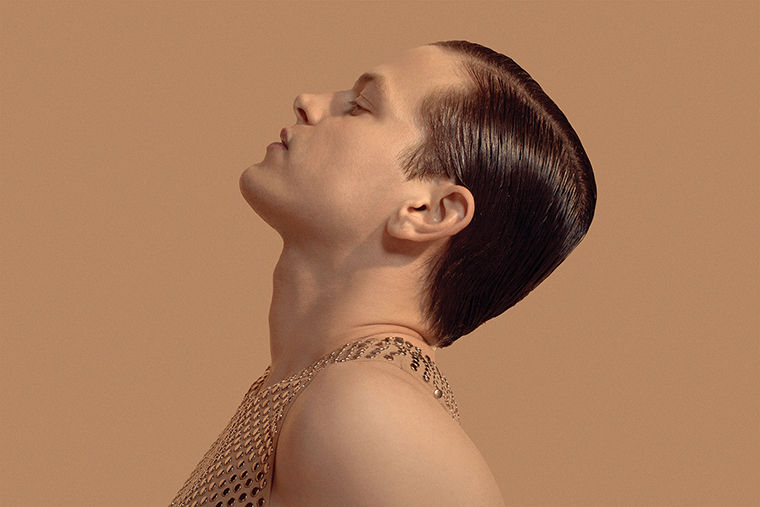 Mike Hadreas’ stage persona, Perfume Genius, released his debut album Learning in 2010. His popularity has since grown and in his new album Too Bright, Hadreas explores his bigger sound with confidence.

Mike Hadreas has never been shy about sharing the darkest parts of himself on record.

Hadreas, who performs as Perfume Genius, released Too Bright on Sept. 23. A captivating album that remains powerful throughout its 33-minute run time, Too Bright is perfectly encompassed by lead single “Queen” and its audacious video, which features Hadreas harassing a boardroom of straight-laced business men.

“No family is safe/ When I sashay,” Hadreas proudly sings over buzzing guitar chords and slow, heavy drums.

Sometimes in a roar—and at times in a whisper—the honest Seattle-based songwriter is fighting homophobia with tenacity and fervor. His 2010 album Learning and 2012’s Put Your Back N 2 It are quiet whimpers compared to his new album and newfound confidence.

The Chronicle chatted with Hadreas over the phone about Too Bright, the “Queen” video and the importance of being earnest.

THE CHRONICLE: As you get more exposure, do you find it difficult to keep your performances intimate?

MIKE HADREAS: I think it was hard for me to navigate that at first. It made me feel like it was dishonest. It’s still me, but I’m just sort of distilling and amping up parts of me when I’m singing louder songs and I’m dancing on stage a little bit. It was a change from being behind the piano and just having to emote for however long.

How did you approach writing Too Bright as opposed to previous releases, which were more confessional?

Was it difficult to write Too Bright?

For sure. That’s when I know I’m doing something important. The old way I used to do things, by kind of gently and patiently dealing with not very gentle or patient experiences, that was very therapeutic and important to me then, but it wasn’t working as much this time. I just needed to do something else.

The “Queen” video is very bold. How did you come up with all the visuals for that?

It was definitely a collaboration between me and the director [Cody Critcheloe]…. What I liked about the end result of it is that there’s a lot of craziness, but there’s some very heartfelt, poignant moments and then there’s some badass, campy moments and stuff too.

Was there a particular song in which you feel like you were reaching to a different part of yourself?

On “Grid,” there are these backing vocals where I sing in this high-pitched [screech]…. I started pacing around the room and listened to it a couple times, and then I started doing that kind of weird, choral screeching thing and I loved it. I’m sure I sounded insane—I don’t know how I didn’t get a noise complaint. That was one of the moments that I would talk about when I felt like I was really channeling something, channeling, if anything, a lot of high, screechy drama, but if there was something spiritual, I was channeling that, too.

Not while I’m writing and not while I’m recording, but sometimes after the fact I get nervous. I don’t like it when people ask really specific questions like what kind of drugs I did and about my family and other people. That’s when I wonder [if ] maybe I was being too personal. I understand why people maybe would think it would be OK to ask me that, but I still think it’s rude when they get that specific.

Do you ever find it difficult to be so honest?

I’ve always overshared. That’s always been how I operate. I tell a lot of my own secrets. I’m not afraid to embarrass myself. What I respond to is when you feel like someone is telling the truth about themselves. It’s a very moving thing, and it becomes about much more than just them when they do it—even though it’s kind of on a weirdly grand scale now. I think I’m good at it, so I keep doing it, and I feel proud of myself when I do, even though people would think that’s not something to be really stoked about.