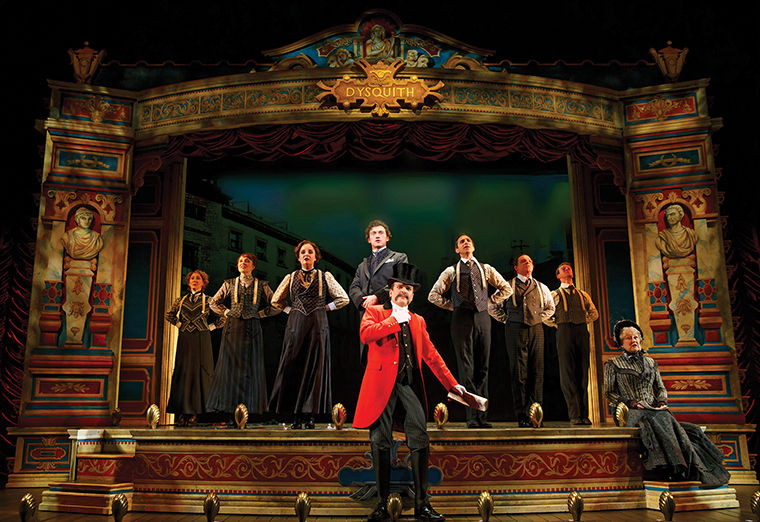 “A Gentleman’s Guide to Love and Murder,” winner of four 2014 Tony Awards including Best Musical and Best Costume Design, is hitting Chicago as its second stop, starting Sept. 29 on the show’s first national tour.

The show, set to run in Chicago until Oct. 11, tells the story of Monty Navarro, who sets out to murder the eight people in front of him in the line of succession to inherit a large fortune while juggling his mistress, fiancee and the constant threat of prison, according to the production’s website.

Adrienne Eller, who plays Phoebe D’Ysquith, said the show is a challenge, but working with a talented creative team has made the challenges exciting.

“I enjoy the show so much I don’t tend to focus on the challenges. It’s been a joy to explore the role of Phoebe,” Eller said in an email. “Our costume designer has created exquisite period costume pieces, and our dialect coach has guided us in the proper dialect for turn-of-the-century London.”

Albert Williams, senior lecturer in the Theatre Department, said despite the musical’s Broadway success, he is unsure how “Gentleman’s Guide” will fare  when it visits Chicago.

“The audience for the Broadway touring companies is not the audience for some edgy show, as opposed to a family-friendly show. I don’t frankly know how ‘Gentleman’s Guide’ is going to do here commercially,” Williams said.

Williams added that there are two distinct spheres of theater in Chicago. There is the commercial theater scene in the Loop, and the local scene, which has garnered a reputation for more edgy shows, he said.

“The theater industry that is centered in Chicago has been known for doing very edgy shows, going back to the ‘60s and ‘70s,” Williams said. “Chicago is also known for [its] variety of shows as well.”

Williams added that a company such as The Hypocrites, which is currently running “American Idiot,” might turn around and do a more family-friendly show, like a “Gilbert & Sullivan” piece.

Though the show has a dark premise,  Adrienne Eller said it truly  “has something for everyone.”

“I love being in ‘Gentleman’s Guide’ because it has a little bit of everything,” Eller said in an email. “I love its clever writing, humor, and its beautiful design and music…. It’s rare to do a show that pleases audiences the way this one does.”