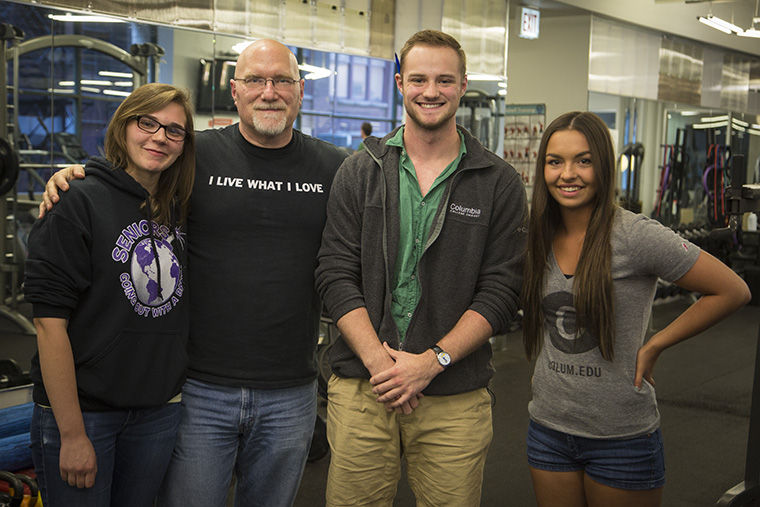 With new board members, policies and ideas, the Renegades are gearing up for the Fall 2015 Semester with an overarching goal of promoting a more fit and united student body.

During the summer, the Renegades—Columbia’s athletic organization—gained two new board members. Tina Roberts, a senior cinema art + science major, will assume the role of vice president, who will be in charge of marketing and community outreach,  and Taylor Kaurin, a sophomore dance and business & entrepreneurship double major, will fill the newly created position of team ambassador.

Kaurin said she will communicate with Renegades teams to ensure teams are reaching its goals, attending events and operating smoothly. This used to be the responsibility of the vice president, she noted.

“We want to create a stronger-knit family,” Kaurin said. “Team bonding in previous years didn’t work out as well, so I’m trying to get more creative.”

In the Fall 2015 Semester, the Renegades will focus more on improving their teams and less on organizing collegewide events, which the staff at the Fitness Center will now handle, according to Mike Sempek, president of the Renegades and a senior television major.

“You need at least 10 people who also want to participate,” Sempek said. “You need staff or a faculty member to represent you as an adviser. Then you have to write a constitution and do a budget.”

The Renegades aim to introduce more sports that will excite students, Sempek said.

“We’re trying to find club teams that are not traditional clubs,” said Mark Brticevich, coordinator of Fitness, Athletics & Recreation. “It gives people an opportunity to network, have fun and move their bodies.”

According to Sempek, teams struggled in previous semesters with managing the funds given to them by the board.

This semester, the board is revamping its funding process to encourage teams to be more financially responsible, Roberts said.

“We want teams to take responsibility for themselves,” she said. “Once [teams] reach a certain amount of fundraising, then we can give them more money so they’re not just taking from us.”

The board is also trying to manage the money given to it more responsibly.

“We don’t get a lot of money from the college,” Sempek said. “It’s more about how we spend it and give it out and use it. We have used funds irresponsibly in the past, and we’re trying to avoid that.”

Renegades teams do get partial funding from the board but students involved in sports still have to pay for most things out–of-pocket, Brticevich said.

“The Renegades are obviously our priority, but for me it’s more student engagement as a whole,” Sempek said.

One of the Renegades’ successes last year according to Sempek, was assigning orange and blue as their team colors. The board wants to make the  colors apply collegewide, he said.

“There was no way that I thought when we started this venture that they would entertain, on a school level, reducing colors [from Columbia’s eight color palette to two],” Brticevich said. “Mark Kelly was very supportive of the idea.”

This semester, the Renegades will begin selling apparel so students can showcase the colors, whether or not they play for a Columbia sports team, Sempek said.

“People hear the word ‘Renegade’ and they think of the athletes only,” Sempek said. “We’re trying to focus on what that word means, and it’s someone that doesn’t follow norms.”