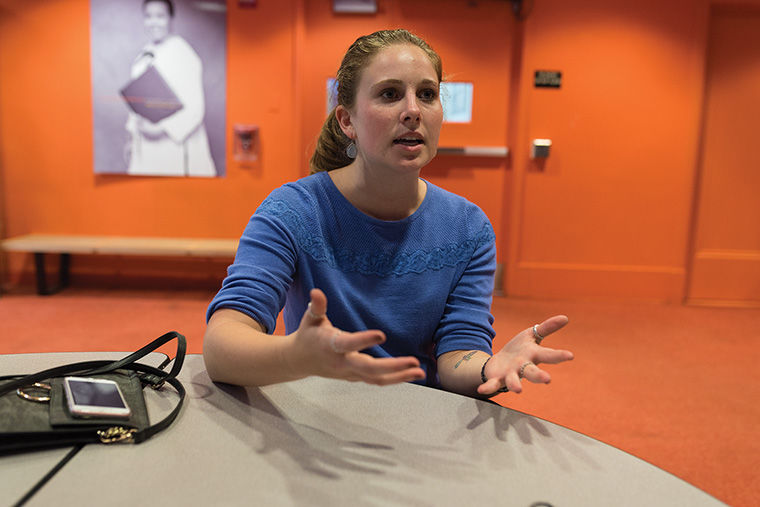 Leah Zeiger, a senior dance major, along with other college students, founded a project intended to bring attention to sexual assault and dating violence that some experience in middle school, high school or college.

The Sunflower Project provides resources and encourages survivors of  to share their stories of abuse or harassment though artistic expression on the project’s website, TowardTheSun.org.

Zeiger’s idea for presenting stories of sexual assault survivors in an artistic medium was inspired by her own experience coping with sexual assault. She choreographed a dance routine titled “Unnamed” and helped create a documentary film titled “Untold.” Zeiger said both of these artistic works allowed her to externalize her emotions.

“[Art is] like this external, tangible thing I can look at and watch and let happen and not have it be inside me,” Zeiger said. “That was the only way I could really begin to heal again.”

“We’ve been through [sexual assault] or have seen it, and that’s why we’re together as a team: to help other people,” Cardona said.

“There’s something about the artistic process where you filter traumatic experiences, so you can know something different about them you didn’t know before,” said Peter Carpenter, chair of the Theatre and Dance Departments, who added he was “amazed” by Zeiger’s film.

Project members are currently working on incorporating The Sunflower Project into a local high school. Zeiger said she hopes she will be able to give a presentation at the high school to educate students about sexual abuse and qualities of healthy relationships, topics not discussed as thoroughly in high school as they are in college.

“That’s a demographic I don’t think we do enough with,” Kaczor, Sunflower Project’s artistic collaborator, said. “We focus a lot on college students, but unfortunately, a lot of young women and men have a negative relationship or sexual experience before they come to college.”

The Sunflower Project will also be partnering with the Awakenings Foundation Center and Gallery, 4001 N. Ravenswood Ave., which focuses on presenting work created by survivors of sexual assault. Zeiger and Kaczor created a performance piece titled “Prescribed Burn” for the partnership. Music for the Oct. 21 performance was composed and performed by Kaczor and accompanied by lyrics and choreography created by Zeiger.

“As we continue to expand, schedule these events at high schools and share our art the dialogue surrounding relationships, abuse and sexual violence can become [a topic] people can talk about candidly and talk about solving the problem of it with more devotion and openness,” Kaczor said.