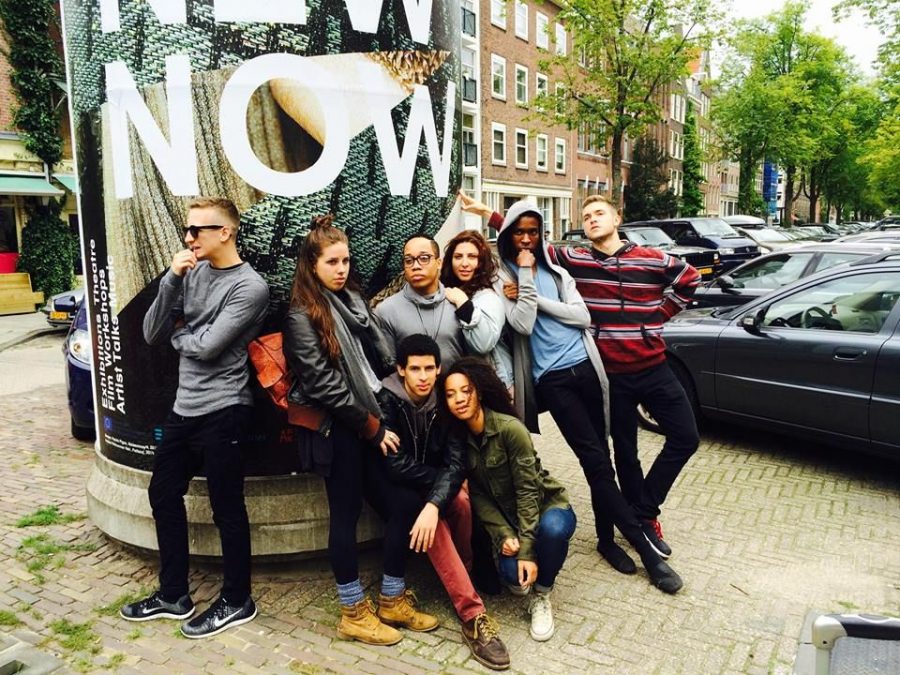 Room | 916 Collective created a sight-specific piece where the audience travels with the performers, said Associate Professor and Coordinator of the Acting Program Jeff Ginsberg.

Several theatre students have been recognized in the prestigious European League of Institutes of the Arts’ NEW NOW Festival, formerly known as NEU/NOW, which took place Sept. 9–13 in Amsterdam.

Columbia’s theatre group is  the Room | 916 Collective. It was recognized among 90 offerings from 24 countries. The festival’s selected works are chosen from five fine arts categories by a jury of 15 international experts whose decisions are based on how the work engages, contributes and stimulates the interests of its audience, including promoters, curators, festival organizers and producers, according to the website.

Two separate pieces comprise the group’s production for the festival, according to Jeff Ginsberg, an associate professor in the Theatre Department, including a live performance featuring three theatre groups and an Online Festival featuring arts presenters and performers from around the world.

Ginsberg said the projects were open to senior students or those who have graduated within a year of the March 15 submission date.

The festival’s live performance was created entirely by students with no help from an outside director or faculty member.

“It was such an exciting piece that [Theatre Department] Chair, John Green, along with myself and other faculty members were encouraging them to keep working in the ways that they were,” Ginsberg said.

Hannah Burt, a 2015 theatre alumna who participated in both projects, said in an email that the production, “The United States of Amnesia,” originated from a performance the ensemble did in May 2014 for the Chicago Home Theatre Festival, a yearly festival occurring in and around private homes in Chicago.

Ginsberg said “The United States of Amnesia” is a political piece focusing on America at the present moment. He said only three other groups had been asked to perform in the live component. “The Wonderers and Other Stories,” is based on Latin American culture and integrates the physical movement of city life, he said.

Burt said the production frequently changes because the performers portray it in a new space each time. The actors  do, however, have rituals  including reviewing text and the more complex movements as part of the warm up before the show. The actors get into costume together and help each  other with final touches.

“All eight of us get along very well, so the environment before a show is full of excitement and laughter,” Burt said. “We’ve been performing this show in a variety of ways so there is less of a worry about ‘I hope this works’ and more of the curiosity of ‘Let’s see what happens tonight!’”

Albert Williams, a senior lecturer in the Theatre Department, said the festival typically displays student work and is for advanced students who are entering the artistic profession.

“It’s remarkable for us;  we are the only Americans who have been chosen to appear in this primarily European festival sponsored by an organization devoted to European theatre conservatories,” he said.

Williams said he thinks the students’ involvement in the festival will intrigue incoming students.

“It will set a standard of excellence and also of adventure and risk-taking we hope will carry through to the next generation of incoming students,” he said.

According to Burt, one of the concepts the group stressed before coming to the festival was to have no expectations and open minds.

“Being here really feels like a fairy tale,” Burt said. “We really felt, as an ensemble, that the next step for us was to perform internationally, but we never imagined it would be like this.”