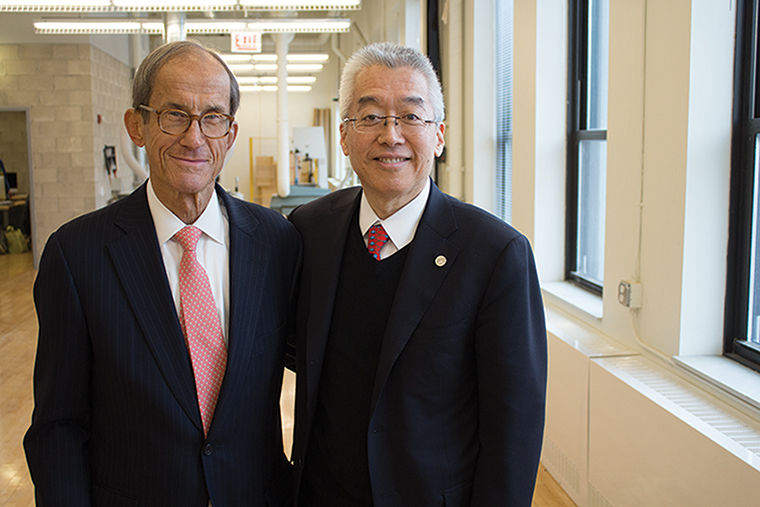 Columbia’s Board of Trustees Chairman Richard Kiphart will be interim president and CEO of Lyric Opera until June.

Richard Kiphart, chairman of the college’s Board of Trustees, is taking center stage as the interim president and CEO of Lyric Opera of Chicago.

Kiphart has served on Lyric Opera’s Board of Directors since 1998 and on its executive committee since 2001, according to a Feb. 18  Lyric Opera press release. He also served as the president and CEO from 2007–2011 before Pigott took over.

Kiphart said he was chosen for the position because of his prior experience in the role and will serve until the board’s annual meeting that takes place in June, when it will vote on a new president and CEO.

“The general director called and [asked] if I would be willing to assume both duties again, and I said I certainly would because the opera’s got to go on,” Kiphart said.

His duties as interim president and CEO include being the primary non-staff fundraiser for the organization as well as working closely with the board and managers to keep them informed, he said.

“When you come in the first time [as president], you’re excited,” Kiphart said. “I’m excited and interested in Lyric, but I’m not coming in under the happiest of conditions.”

Kiphart said he and Pigott worked closely together and that he hopes to continue his friend’s good work.

“[Pigott] understood music so much better than I did, and he did a lot of great things,” Kiphart said. “He had a great legacy. He took my place and did a great job.”

Columbia President and CEO Kwang-Wu Kim said Kiphart is dedicated to his various areas of work and expects that Kiphart will do well.

“When [Kiphart] decides he’s going to help, he goes all the way in,” Kim said.

Kim also said Kiphart will be an appropriate fill-in because of his previous experience serving as Lyric Opera’s president and CEO.

“He knows [the position] inside and out, so I think it’s going to be fun for him,” Kim said. “They are very fortunate because during this interim, while they’re looking for a new person, they have someone they know [who] knows what’s going on and knows what to do.”

Bobbi Wilsyn, a senior lecturer in the Music Department and the coordinator of the vocal performance concentration, said she hopes a connection could one day be made between Columbia and the Lyric Opera.

The number of students who primarily study opera is not as large at Columbia as it is at other Chicago colleges, but Wilsyn said having a member from the college’s board involved in a high position at a fine arts organization could benefit students.

“Music is a universal language,” Wilsyn said. “Even if the styles differ, we can all learn from each other. To be associated with this wonderful institution that is a part of Chicago’s larger cultural experience—a collaboration would be greatly appreciated.”

Kim said creating a formal relationship between the college’s  Music Department and the Lyric Opera is not completely out of the question for the future.

“[The Lyric Opera] is sort of a different cultural model, but we’re always looking for possibilities, especially if it gives our students some opportunities—that’s key for me” Kim, a concert pianist, said.

Having someone like Kiphart  supporting Columbia as the chairman for the Board of Trustees is essential for the college’s success, according to Kim.

“I wouldn’t have come here if I didn’t believe we had a really strong chair who is totally committed, will galvanize the board, help us raise the profile of the institution and get new people involved,” Kim said. “Without that, you can’t move [and] you can’t succeed. [Kiphart] is a linchpin for us.”