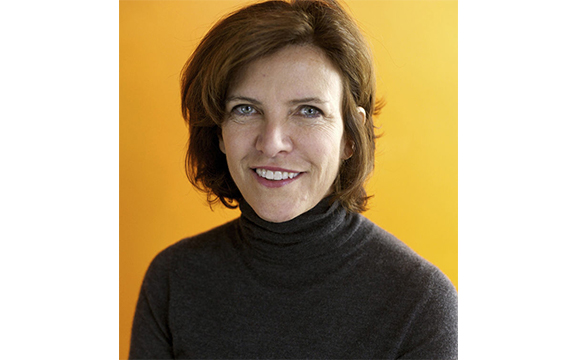 After Columbia’s Spring 2014 graduates stroll across the Chicago Theatre stage, they will hear words of wisdom from this year’s honorary degree recipients.

The recipients include architect Jeanne Gang, owner of Studio Gang; Jim Jacobs, actor and co-creator of the musical “Grease;” Tony Karman, president of EXPO Chicago; Diane Ravitch, education historian; and Gordon Quinn, award-winning documentary filmmaker, according to an April 7 email from President Kwang-Wu Kim. The honorees will receive their degrees May 17 and 18 during the college’s five commencement ceremonies.

Mark Kelly, vice president of Student Affairs, said the college selected professionals with a Columbia connection whose careers align with the college’s mission statement. The selections are based on faculty and staff nominations, he said.

“They speak to our values, our beliefs in how we see the world,” Kelly said. “They’re creators. They’re thinkers. They are literally shaping the culture of our age, which in the end is what we expect from our students.”

Gang, founder of Studio Gang, a local architectural firm and architect of the Media Production Center, 1600 S. State St., will receive her degree May 17. In addition to being a 2011 MacArthur Fellow, Gang has worked on architectural projects for well-known buildings including Northerly Island and the Nature Boardwalk at Lincoln Park Zoo. She said her architectural designs are inspired by the world around her.

“Traditional boundaries between professions are becoming less and less distinct,” Gang said in an email. “Graduating in 2014 with the creative thinking gained at Columbia College sets you up to leap across disciplines and make your career what you want it to be. Design your own future.”

Ravitch, an education historian and research professor of education at New York University, will not attend this year’s commencement ceremonies because of a leg injury, according to Michele Fee Smith, senior agent for the American Program Bureau, which organizes Ravitch’s speaking engagements. Ravitch could not be reached for comment as of press time.

Ravitch served as assistant secretary and counselor to Secretary of Education Lamar Alexander under former President George H. W. Bush. She is the author of 10 books, including her latest release, “The Death and Life of the Great American School System: How Testing and Choice are Undermining Education.”

Quinn, Kartemquin Films co-founder and award-winning documentary filmmaker, has made several award-winning films and received a cinematography award from the Sundance Film Festival for “Stevie” (2002), a documentary depicting the director Steve James revisiting a troubled man he mentored as a foster child. He also won a Video Source Award from the International Documentary Association for “The Trials of Muhammad Ali” (2013), which follows Ali as he fights to overturn a prison sentence for refusing military service.

Quinn said he learned a lot about the technical aspects of filmmaking by doing an apprenticeship, adding that his storytelling ability came from studying the liberal arts and social sciences.

Jacobs, an actor, songwriter and playwright, co-wrote the hit Broadway musical and motion picture “Grease” with the late Warren Casey. “Grease” was originally set in Chicago and based on Jacobs’ experience at William Howard Taft High School in the 1950s, Jacobs said, adding that he initially disliked the movie adaptation but grew to enjoy it.

Jacobs said his theater career began in 1963 when a friend asked him to appear in a play, “Champagne Complex,” about a young woman who undressed whenever she drank.

In the beginning of his acting career, Jacobs said he was in an amateur acting group that performed at various small theaters including the Hull House Theater in the Jane Addams Center, 3212 N. Broadway. Jacobs said he thinks it is important for up-and-coming actors to work their way up.

“[Theater] is a whole different ball game today,” Jacobs said. “If you have that dream and it’s in your blood and you’re determined, then keep at it.”

Karman, founder and president of EXPO Chicago, an annual art fair showcasing international works of art, said he began the annual exposition in 2011 because it was important for Chicago to continue hosting international art fairs. The event allows local artists to showcase their work to a broader audience, he said.

Karman said he started as a security guard at the Chicago International Art Exposition in 1982. He said the experience gave him the foundation for his career as an arts promoter and marketer of contemporary art.

“I just became a runner and did anything I could to make myself indispensable,” Karman said. “It opened the door for me to learn a lot of what production and large-scale events really are.”

Karman said he advises current and graduating students not to fear unexpected changes in their career paths because different job opportunities will reveal themselves. He said he is open to new career opportunities, adding that he still does not know what he wants to be when he grows up.

“They don’t have to have the answer to what the ending career might be,” Karman said. “By just working, being present and being responsible to any employer, those next steps will be revealed.”