Trevor Hall is all about ‘simple qualities’ 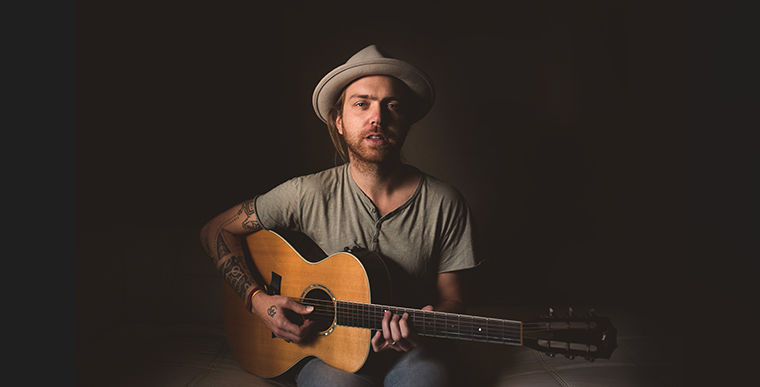 Trevor Hall is currently on his A Night In The Village Tour coming to Evanston SPACE Feb. 23–24

Trevor Hall is a man of mysticism. Born on an island in South Carolina and penning his first album at 16, Hall is passionate about music and his conduit for healing the Earth and the human spirit. His smooth and woodsy reggae styles have given way to a sonic exploration into the stars on The Fruitful Darkness, a multi-part, completely crowdfunded album that marks Hall’s first time independent. Hall will perform at Evanston SPACE, 1245 Chicago Ave., Feb. 23–24.

The Chronicle spoke with Hall about his fans, crowdfunded music and finding the fruit in the dark.

THE CHRONICLE: Your fans are called Villagers, and your upcoming tour is called A Night in the Village. So what exactly is the village?

TREVOR HALL: The village is something I’ve been inspired by through my travels in India and Nepal, and of course there are external villages, but the village to me represents simple living and living close to the earth and simple qualities. It represents community, and it’s something that can be anywhere, and you can live as a villager. In our day and age, things have become so complex . As far as communication with our phones, we’re able to contact anybody in the world. But at the same time, we’re very isolated. The village represents the opposite; it represents community. It represents being a family. Small is beautiful. It’s more of a concept rather than a specific place on the map.

Your most recent project The Fruitful Darkness was completely funded on Kickstarter. How was that process?

It was crazy because it was our first independent release. I just completed my contract with my previous label and I wanted to go independent, but with that comes a lot of stress in how we’re going to pay for this and that. The love and support that came in was so overwhelming. And it was beautiful too, in the sense that our fans are our record label, our villagers. This is an album that is being built from the ground up as a community, as a village versus being on a label and getting money and your fans and your community knowing nothing about it untill you put it out. So it’s been a really cool process, really different; [I am] learning a lot and grateful for it.

Why did you choose to break up The Fruitful Darkness into parts?

Our attention span isn’t as strong. We constantly need to be stimulated, and if we don’t get something quick, we move on. I found when we release a regular album all at the same time, like 12 or 13 songs, it’s a lot of content at one time. A lot of songs get lost and stories don’t get to be told. Even myself, when I listen to a new record, it’s kind of rare for me to make it to the last four or five songs on the album. We wanted to have a broader conversation and we wanted each song to get its proper place.

Do you think all darkness can be fruitful?

Darkness doesn’t mean negative. It can just mean undefined, things that are

not concrete, and in our day and age, especially in our western culture, we like concreteness. We like things to be figured out, and when we don’t figure them out, it scares us. Then we push it away. We’ve been taught to shove things under the rug, which is really unhealthy and in many other different cultures around the world, they don’t hide anything. They celebrate the undefined, the not knowing, the unanswered. By doing that, by facing it, befriending it, they gain this wisdom, which I believe a lot of us can’t access because we’re scared of the dark.