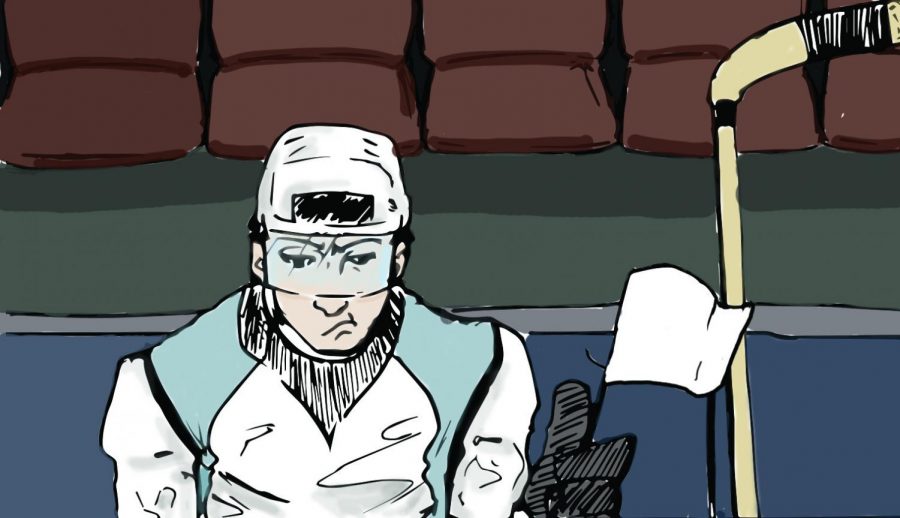 The Renegades ice hockey team is experiencing a cold snap during its first season.

Since its Dec. 14 debut, the team has lost one game and forfeited four others for lack of player attendance. Attendance is a problem that has plagued the team since its first game, when six out of 12 players showed up. The team, short-handed because a number of players were out of town for winter break, lost 2-13. Every game since has had insufficient players.

Anthony Wilson, a sophomore cinema art + science major who plays both left and right wing for the Renegades, said the team needs at least five active players, including a goalie, to avoid forfeiture.

“We have 12 [players] on the team, but we haven’t all played together,” Wilson said. “Right now the season is still running and everyone is at home. We can’t play with just two players.”

“I tried to reschedule the games, but unfortunately we could not,” Kline said. “We just want to get everything together play some hockey.”

Although anyone can play in the COHL, the entire Renegades team is composed of Columbia students. Kline said if the team is short on players, the league allows non-Renegades players to join the team to avoid forfeiture.

“Since the break, the ice hockey team hasn’t been up to much to be honest,” Wilson said. “Right now the season is still running and everyone is at home, and we can’t play with just two players.”

At an Oct. 21 Renegades interest meeting, the Renegades first proposed curating an ice hockey team at Columbia, and the team was up and running shortly thereafter, as reported Nov. 24 by The Chronicle.

“It is really great that we got this team up and running in less than a month,” Wilson said. “It just goes to show the dedication we had for everyone that wanted to come out and play.”

Although Columbia has been known to have a struggling athletic program in the past, Wilson said developing an ice hockey team is a significant step forward in expanding the offerings of the athletics program at the college.

“I hope to make this more popular,” Wilson said. “Columbia is an art school, but [team sports are] gaining popularity with the addition of new teams, like hockey. I hope we can move forward by getting team jerseys and running [consistent] practices.”

Daniel Olesen, a co-captain of the team, junior audio arts & acoustics major, said the league was aware that many Renegades players were away during winter break and has not penalized the team for the games it was required to forfeit due to player absences.

“The league has been pretty lenient with us missing games because we don’t have the manpower in Chicago to do it,” Olesen said. “The team’s goals are just keeping the roster and everyone interested in playing and finishing out the season strong. I just want to keep Columbia kids playing hockey.”

The COHL has a non-check policy—which is not the type of hockey most Renegades team members are used to playing—but the league is still very physical, Olesen said. A non-check policy emphasizes the personal skills of each player, such as stick-handling and speed,  he said.

The Renegades ice hockey team expects to play with a full roster Feb. 1 at 9 a.m. at the Bobby Hull Community Ice Rink, 3400 S. 53rd Ave. for their first game since the start of the Spring 2015 semester.