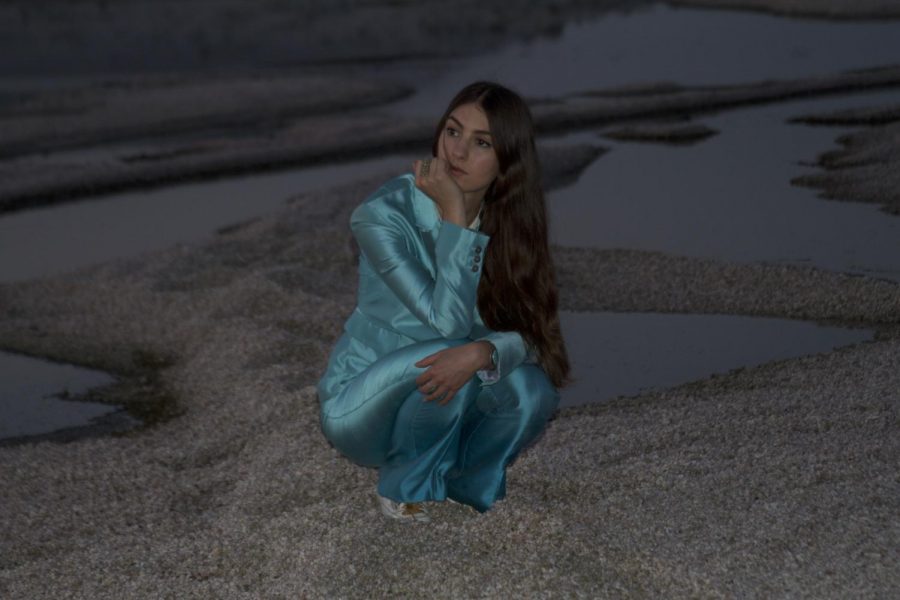 Natalie Mering, known by her stage name Weyes Blood, performs “the folk music of the near future,” according to her Bandcamp marketing page. Subtle synthesizer elements, combined with piano, drums and acoustic guitar in her music project futuristic feelings.

With a ‘60s and ‘70s vibe and a mix with background noise that sounds like it was ripped straight from AM radio stations, Mering gained a cult following with her solo work after her split from the band Jackie O Motherf—-r in 2005.

The Chronicle spoke with Mering about her musical inspirations, unique sound, new album and her upcoming Halloween show at The Hideout, 1354 W. Wabansia Ave.

THE CHRONICLE: What inspired you to play your own music as Weyes Blood?

NATALIE MERING: I couldn’t find bands that would accept a lady [or] bands that were as ambitious as me. I just went off and started my own thing because I couldn’t find any partners in crime. I was originally inspired as a child by my dad; he was a musician. Also, music would make me feel crazy. I felt emotionally affected by it. I would record songs on the radio to a cassette tape and listen to them over and over again. I felt like it was very powerful, and movie soundtracks were always really powerful to me. I always heard a soundtrack in my head.

Why do you call Front Row Seat to Earth “the folk music of the near future?”

It’s like folk, but it’s also got electronic elements and futuristic elements. The only thing that’s “folk” about it is there might be an acoustic guitar and a message to my lyrics. Modern folk music may include some timeless elements, but definitely has a lot of the more modern electronic things incorporated into it. “Generation Why” [from Front Row Seat to Earth is] the song that’s the most quintessentially modern folk because it has synthesizer and harmonizer on top of these lush guitar melodies.

Why do you mix your albums to sound fuzzy like a radio?

Warmth is a human thing. We need to be warm to survive, so sound should be warm [as well]. I have a very nostalgic feeling about radio. It’s really beautiful to soften the edges of something and create this natural compression. It squashes the sound in a way that makes music so great. Music of the golden age, music of any era, incorporated that kind of warmth and compression.

How is Front Row Seat to Earth different from your past material?

I’ve gotten a little more succinct on combining all my influences into one cohesive piece, combining the sound experimentation with the songwriting and having accessible songs matched with stranger sounds. [There are] more things represented all at once in a way that you wouldn’t notice how many things are going on because of the way it’s represented—kind of like a blending.

How are you expecting your Chicago show to be?

Our show should be really spooky. It’s a Halloween show. We’re going to be in full costume. We’re all dressing up like something crazy for Halloween.