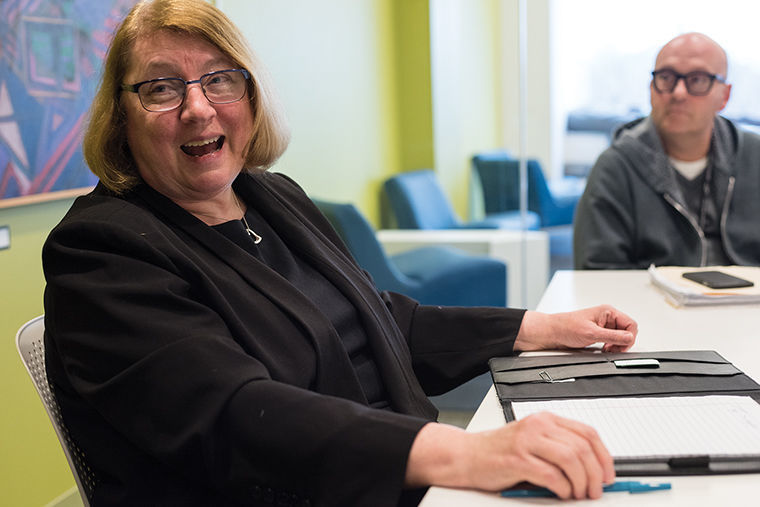 After working at the college for more than a decade, Jan Chindlund retired as dean of the Library July 1.

Chindlund was appointed dean of the Library in 2012 after coming to Columbia to serve as the Library’s director in 2007.

In a June 20 email sent to faculty and staff, Senior Vice President and Provost Stan Wearden said Chindlund helped strengthen the Library’s connection to larger literary and research communities. Her commitment to the Library helped reinforce and build the Library’s academic reputation, he said.

Chindlund did not respond to requests for comment as of press time.

Norman Alexandroff, communications specialist for the Library, said Chindlund always had a clear mission of the Library’s role at the college.

“Under Jan’s leadership in particular, the effort has been to strengthen the educational fabric of the college,” Alexandroff said. “A lot of Library programs are designed to support teaching and learning at the college. The Library in many ways becomes an extension of the classroom.”

Alexandroff said in addition to being a strong leader, Chindlund has a bubbly and positive personality.

“It’s great to work for somebody who’s so positive and vibrant and connects with people,” Alexandroff said. “[She’s] somebody who also gives her staff the flexibility to execute programs and that’s crucial in the Library’s success.”

“Whenever someone new [started] she would offer a tour of the Library so they know exactly what we do, what they can borrow from us, what they can lend or that we can help with research support,” Marshall said.

Marshall said under Chindlund’s leadership the Library was honored with the Excellence in Academic Libraries Award from the Association of College and Research Libraries in 2017, one of 18 colleges to win the award since 2000.

Dennis McGuire, head of Technical Services and Collection Development, said Chindlund also supervised the Center for Black Music Research and made it a full partner with the Library. He added that he hopes the new dean continues Chindlund’s work.

“What I hope continues is the good relationship that we have with other departments on campus, with the administration and that we continue to build upon the things that she put in place,” McGuire said.

A new dean has not been announced by the college.