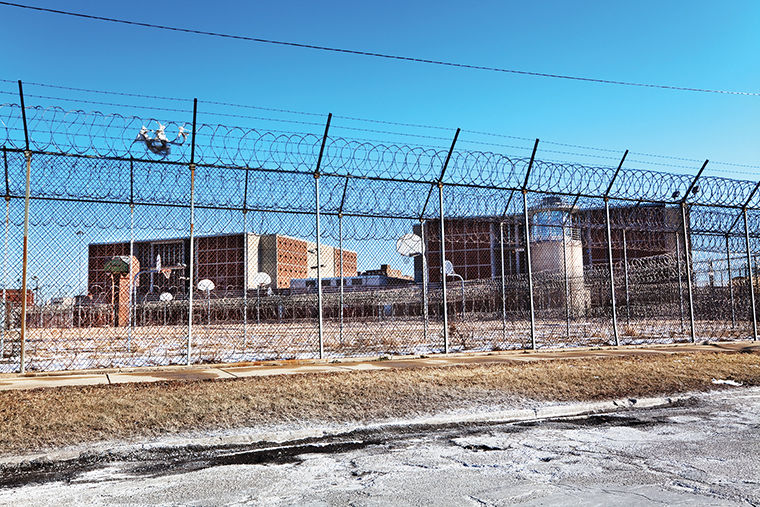 Elected officials are introducing legislation and incorporating motions to fix a discriminatory bail bond system in Springfield and Cook County.

The current system for bail bonds in criminal cases favors those who can pay for them, and all Americans need to understand that, said Cook County State’s Attorney Kim Foxx in an interview with The Chronicle.

Foxx agrees with critics of the current system who contend the fundamental fairness, and the presumption of innocence compel reducing excessive bail bonds, which discriminate against the poor.

Those with sufficient means can avoid pretrial detention as did Jason Van Dyke, the Chicago police officer who fatally shot 17-year-old Laquan McDonald in October 2014. Van Dyke was released after posting 10 percent of his $1 million bond, Foxx said.

Foxx is supporting “agreed motions” requesting I-Bonds, which allow defendants to be released on their own recognizance when they are unable to pay a bond of $1,000 or less, according to a March 1 press release.

The initiative, she said, is to ensure the jails and bond systems are used for its intended purposes: to detain those deemed to be a threat to public safety and to assess conditions for release.

“The unfortunate reality is we have a large concentration of folks in our jail who are there not because they are a threat to the public but simply because the bonds they’d been assigned are too high for them to pay,” Foxx said.

An enormous amount of money is spent to hold someone in a “cage and destroy people’s lives,” when it could be used for education or social services, said Max Suchan, an attorney and director of operations at the Chicago Community Bond Fund, a nonprofit organization that advocates ending the use of monetary bonds and providing financial assistance to individuals who are unable to pay them.

“If you don’t have the money, you’re sitting in jail for the entire time [before your trial],” said Suchan, who said he supports Foxx’s reform plans. “In that time, you might lose your house, job or custody of your kids.”

Suchan said his organization assisted a 46-year-old single mother of two in 2016 who was charged with aggravated battery against a senior citizen after a physical altercation with her former mother-in-law. She was unable to post the $25,000 bond, sat in jail for 15 months and lost her job and home, he added.

“You shouldn’t get into physical fights with anyone, elderly people especially,” Suchan said. “[However,] greater harm happened and completely unraveled the fabric of her family, and it would have been preventable if she had money.”

One of the I-Bond motions Foxx said her office had agreed to is for a detainee who had been sitting in jail since November 2016 because he was unable to pay the $300 requirement to be released for retail theft of $300.

“There is no reason where that makes any fiscal sense to house someone for their offense that has been paid over by taxpayers two days after they’ve been in jail,” Foxx said.

Individuals often face pretrial detention longer than the sentences they actually serve or found not guilty or have their cases are dismissed at a considerable cost to themselves and the system, according to Foxx.

According to Suchan, CCBF has posted more than $300,000 in bonds to secure the release of 53 individuals and prioritize those with children, health issues or have been arrested in political demonstrations. However, only three would be eligible for I-Bonds under Foxx’s reform.

Foxx said this is part of a broader set of initiatives throughout Illinois to make the bond system fairer.

In Springfield, Illinois State Rep. Elgie Sims, D-Chicago, introduced House Bill 3717 Feb. 10, which could abolish monetary bonds in Illinois for certain cases. The bill is currently being reviewed by the House Judiciary-Criminal Committee, of which Sims is the chairman, according to General Assembly records.

“There are currently [more than] 500 people who are sitting in Cook County Jail with bails of $5,000 or less,” Sims told The Chronicle. “[However,] there are individuals who could be considered a threat to public safety who are able to routinely bail themselves out of custody.”

Suchan said monetary bonds should end entirely because they discriminate against lower-income and minority individuals.

“When you take away people’s jobs, homes, kids and families—you don’t leave people with a lot of options or legs to stand on to support themselves,” Suchan said. “That makes us all less safe as a society, causes greater harm and the spiral effect on communities is devastating.”

It is important to discuss and review plans to downsize the large number of detainees because Cook County Jail is the largest single-site jail in the country and has been under federal monitoring because of overcrowding, Foxx added.

Both Foxx and Sims insist their actions are just one of a series of critical reforms needed in the criminal system.

“When we have a criminal justice system that truly reflects community safety [and] our constitutional obligation to put a penalty in place that matches the crime—then we have a system that’s working,” Sims said. “We are trying to make sure we are focused on making communities safe and reforming a system that does not simply punish individuals because they have an inability to pay.