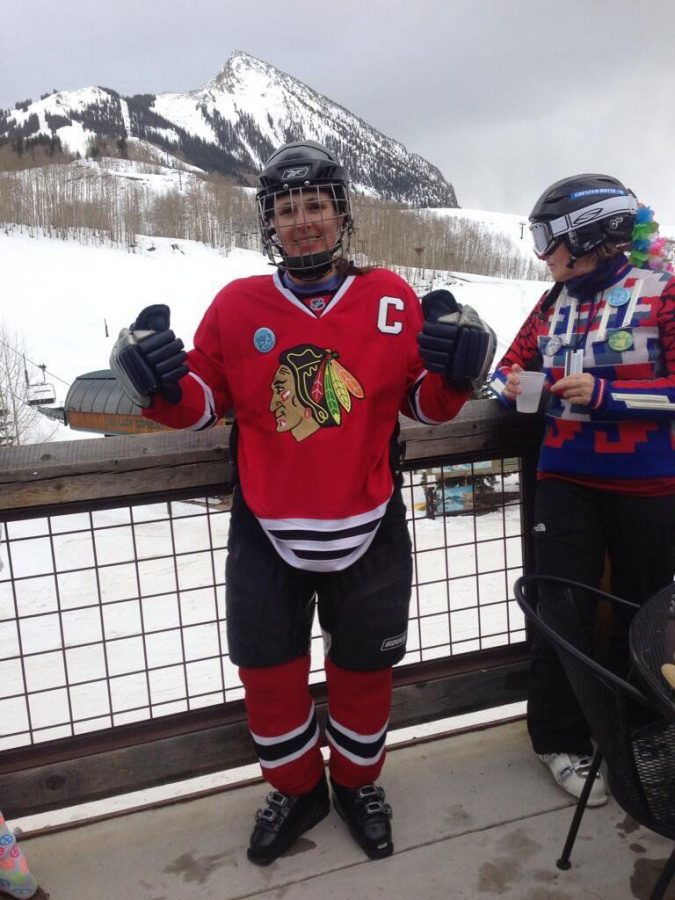 Hockey is for Everyone gives the opportunity for Illinois kids to learn hockey no matter their race, gender or background, according to Chairman Brit Volini.

No one loves hockey more than Brit Volini, chairman of Hockey is for Everyone.

Her youth development program aims to make it possible for Illinois children ages 4-14 to play an often-inaccessible sport, no matter their background.

The volunteer program, founded by the NHL and supported by Amateur Hockey Association Illinois, is one of almost 40 similar programs across North America that brings the sport to young people, alongside other programs like Hockey on Your Block.

The Chronicle spoke with Volini about the value of introducing children to hockey through the program and fostering more diversity into professional sports.

THE CHRONICLE: Why is it important for children to have access to hockey?

BRIT VOLINI:Hockey is such an expensive activity. There are a lot of families who are not privileged to try it because they cannot afford it. With NHL teams and their prices going higher and per ticket, it is that much harder for a family who does not grow up with the sport to try it. A lot of parents are turned off by it if they did not play. [HIFE] eliminates that cost and allows them to experience firsthand, and if they like it, they can move on from there.

What types of kids come into play with HIFE?

We get a huge range, lots of kids from the city. People travel near and far. When someone hears there is a 12-week hockey program for free, they jump at it. I used to do sign-ups on Saturday mornings at 6 a.m., and people would have been in the line since 2 a.m. Plus, it is all volunteer-based. I do not get paid to do it;  nobody gets paid to do it. A lot of dads volunteer to help coach.

How do you see kids grow within the program?

It is actually really fun to watch and see kids overcome their fear of skating. A lot of these kids are little, so they have never experienced it. I see families all over every rink, and they attribute their kid’s increased confidence, new friendships and change of lifestyle to the program. It is meant to give people a new experience.

What does being chair of HIFE mean to you?

I love it. I have been doing it a long time. It is a lot of work, but every year I cannot believe it is already here. I love hockey, obviously, it is my life, it is my job and I really enjoy doing it.

What is HIFE’s relationship with the  Chicago Blackhawks?

They have rented equipment to us and had a HIFE game day Feb. 18. It was for every Amateur Hockey Association Illinois program trying to expose new skaters, whether that is the Hockey on Your Block, HIFE, [or] the Tomahawk program. That was something that they did for us as well.

Can programs like HIFE bring diversity into hockey on the professional level, too?

It kind of depends on where it is run. It is such a cultural thing where there are a lot of people whose parents did not play when they were little. Those people tend to be turned off by the sport because of the price and just not familiar with it. So hopefully this program will allow a more diverse population to jump on the train and see if they want to try it.

Is there a special memory from your time working with families through HIFE that stands out?

It was the first year I was running HIFE, and my boss was there watching. He was standing next to this grandfather who was crying and asked him if everything was okay. [The grandfather] said, “I just never thought I’d see my grandson play hockey. This program is incredible, and it’s going to change our family’s life and expose us to new things.” He was totally sobbing in the lobby. That was one of the most powerful reactions we’ve ever had.

What else can professional sports do to improve diversity?

Exposing it to different communities. You have to think outside the box and go from there.