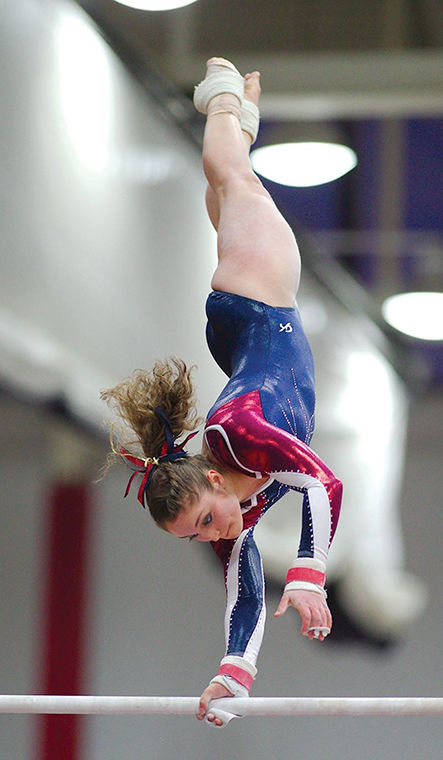 Courtesy of Gabby May

Gabby May, a senior English major at the University of Illinois at Chicago, is the captain of the women’s gymnastics team. In addition to previously serving as a co-captain. May has been the UIC Female Student-Athlete of the Year for two straight years, as well as a member of the All-State and All-Conference academic team. May was also a member of Team Canada and won two bronze medals at the 2010 Commonwealth Games, an international competition between teams from the Commonwealth of Nations. A versatile athlete, May competes in all four events: vault, bars, beam and floor.

Having first enrolled in gymnastics classes at the age of 4, May has been competing ever since. Originally from Winnipeg, Canada, she heard about UIC and its gymnastics program from a former high school teammate. She fell in love with the college, city and atmosphere after touring the school. She graduates in May and wants enroll in graduate school, hoping to stay in Chicago.

The Chronicle spoke with May about being a college athlete, handling her hectic schedule and her love for Chicago.

THE CHRONICLE: How did you get involved in gymnastics?

GABBY MAY: I saw some kids doing cartwheels in my schoolyard and I wanted to be able to do that, too, so I insisted that my parents sign me up for gymnastics classes.

What made you want to compete at the college level?

GM: It’s something that I’ve always wanted to do. I knew about it when I was 10 years old, and there were some other girls from my gymnastics club who had done it, and I just knew it was something that I would really enjoy.

What is the most challenging part of being a college athlete?

GM: The most challenging part is balancing everything. We practice 20 hours a week. Plus, there’s a full course load and having time for friends and being in touch with them. It can be difficult at times to get everything to work out in your schedule, but in the end, it’s a challenge that I enjoy. I’m able to make it work for me.

What does a typical week entail for you?

GM: Typically, I will go to class in the morning and then I will have an afternoon/early evening practice and then go home and study. Often, I wake up early to study in the morning and I do that on a Monday-to-Friday basis. When the weekend rolls around, it’s a competition day one day of the weekend. The other day would be a study and catch-up day for me.  I’m a very high-energy person, so I like being busy, and I don’t mind not having a lot of downtime.

What is your favorite memory from your time as a gymnast?

GM: I would say all of my very best memories are with my team. Whether we win or lose, we are a very close-knit team and they’re some of my best friends. We have some great times together. We celebrate the victories and we share the defeats, and it’s like a bond that I will never have again in my life.

Outside of gymnastics, what do you do for fun?

GM: I love to read and write. Those are two of my big passions. I also like to cook as well. I try to do that as much as I can.

Why do you want to stay in Chicago after graduation?

GM: I love the city and it feels like home now. I think I [was] always meant to be a big city girl. Winnipeg is not very big. I love the atmosphere and there’s always something to do in Chicago. There are always so many different things going on. The city is a fast-paced environment that I really like.