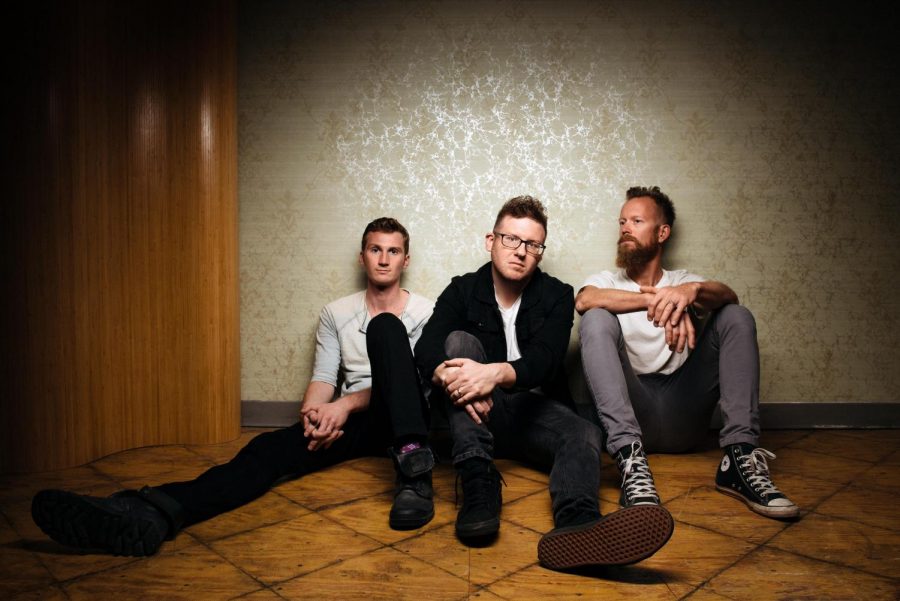 The War on Peace

Local electronic rock band The War on Peace is recording a new EP to be released early next year.

The War on Peace is a relatively young electronic rock band, but that has not stopped it from releasing a large volume of material at a steady pace.

With four EPs and several singles in addition to a taped live recording with the local band showcase Audiotree, it is clear singer Steven Burkholder, keyboardist Grahm Bailey and bassist Jeremy Schering have been busy since their 2012 debut. Though the Chicago band has only played a few shows, most recently Dec. 8 at Schubas Tavern, 3159 N. Southport Ave., the musicians are back in the studio and planning to go on tour later in 2017.

The Chronicle spoke with the group before its Dec. 8 performance on its musical influences, the origin of its name and its writing process.

THE CHRONICLE: Where does your band name come from?

JEREMY SCHERING: We were throwing a lot around. We started off a little more political as a band, [but] we’ve strayed away from that a little bit. We feel like there’s a lot happening in the world, and one of the things people don’t realize is that a lot of people aren’t interested in peace. There’s no money in peace. There’s a war on peace happening. We’re just trying to make people aware of the things that are happening.

STEVEN BURKHOLDER: Even so, [the name] is pretty practical. Relationships have a natural tension to them. So, while you can apply the global answer, which I think is still true, you can also apply the pretty practical, everyday relationship. It’s cute. It’s got a nice little ring to it.

Are you working on new material?

SB: We are writing a new EP currently that we hope to release in the spring of 2017. It’s coming along well; we’re really excited about the new batch of songs. We just put out an EP this year called Natural Causes that we’re really excited about as well. We’re big on generating and putting out a lot of content. At least, that’s the way it’s working right now. I don’t know if there’s an end to that.

Is the new EP going to continue the trends set by your past work?

SB: The past couple of years, we’ve tried to figure out how to do this band. I feel like this new [EP] is  finally like what we’ve been trying to do, in a certain sense.

JS: I do feel like we’re always going to have that kind of grand element, and then bring it down to more intimate or tighter elements. It’s just evolution. You do what you feel like is the right next step. We don’t want to make the same stuff over and over again.

GRAHM BAILEY: That happens very naturally, having bigger songs and then more intimate in the sense of the way we work. It’ll start with [Burkholder], with a verse or chorus, kind of a melody, and then he’ll pass it onto us. Songs that may have started off with one vibe start to evolve based upon who touched it first.

What are your musical influences?

SB: I’m more ‘50s and ‘60s. I like a lot of Buddy Holly and Beach Boys. For more modern, I like bands like TV on the Radio, Radiohead and The Smashing Pumpkins. I think all of those elements are there for me as well.

GB: I started off as a classical pianist back in the day [playing] classical jazz. Then I realized that wasn’t really cool. I’d say Miike Snow and Telefon Tel Aviv were both really good transnational bands in the sense of moving me toward more electronics. I fell in love with it from there. Those two would be the ones I would pick as far as bringing me into this world.

JS: Left to my own devices, I would be stuck in a room with just distorted beats going, making industrial music; not that that’s even my favorite thing to listen to, it’s just what I gravitate toward when I create. I love The Smashing Pumpkins, they’re one of my favorite bands. Telefon Tel Aviv, as far as electronic music, opened my world to what was possible. There’s a ton of influences there. As cliche as it sounds, [we like] Radiohead and U2—massive sounds, big open stadium rock stuff.

Has your band been able to tour outside of Chicago?

SB: We haven’t yet. It’s beginning to pick up in 2017. That’s going to start going a little bit more. We don’t have any set plans just yet, but the talks are starting to happen.