‘You are beautiful’ creator seeks to inspire people worldwide 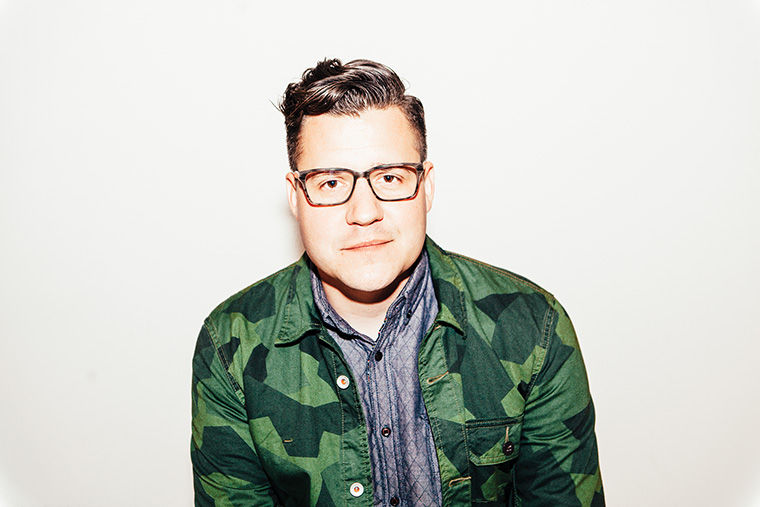 Chicago-based artist Matthew Hoffman strives to spark creativity and happiness worldwide with his “you are beautiful” mural collection that can be seen around the city.

Matthew Hoffman, a Chicago-based artist who displays his poetic public art pieces throughout the city, wants to tell the world “You are beautiful.”

Hoffman is best known for his series of murals that read “you are beautiful,” which he conceptualized in 2002 after moving to Chicago and beginning work as an assistant to a consultant at a publication firm.

“I played around a lot with different objects and phrases and landed on [you are beautiful],” Hoffman said. “It was just sort of the perfect thing—no one could object to it. There’s a truth to that statement no matter what.”

The “You are beautiful” movement started with Hoffman handing out 100 stickers with the phrase on them to friends. The movement quickly gained momentum, and he said he has now distributed more than a million stickers to people around the world. He said the reaction to the movement has been extremely positive and many people have been touched by the project, particularly those who said they were going through tumultuous

People from all demographics and walks of life have participated in the project, helping to make the mural series what it is, Hoffman said.

“If you asked 100 people what the project meant to them, you would get 100 different reactions,” Hoffman said.

Hoffman has several murals that are part of his “you are beautiful” movement, one of which is displayed on the Morse Avenue Metra underpass in Rogers Park. Cecilia Salinas, staff assistant of Participatory Budgeting for the 49th Ward, said Hoffman was one of 20 artists whose work was selected to adorn one of the underpasses in Rogers Park.

Another project Hoffman worked on is the “Let’s Be Human” exhibit, the inaugural exhibition in Columbia’s Papermaker’s Garden, located at the intersection of South Wabash Avenue and East 8th Street. April Sheridan, special projects coordinator for the Center for Book & Paper Arts, said the college asked Hoffman to create an exhibit to help draw activity to the space.

“[Hoffman] hit the ground running as far as collaborating with people,” Sheridan said. “He’s very organized and delegates very well. We were able to have seven of our students working with him at once. It was a very cold winter, but he is such a positive person and knows that a sense of humor can really help.”

The “Let’s Be Human” exhibit was on display much longer than the Center for Book & Paper Arts originally anticipated because of the long winter and the praise it received from the community, Sheridan said.

“Chicago winters can be very isolating,” Sheridan said. “You forget things you have to remember, like being nice to each other and to think about your life and being a thoughtful participant in urban culture.”

Sheridan said Hoffman’s sense of humor and positive attitude are clearly expressed through his work.

“Hoffman’s work really exemplifies what is good about public art in Chicago,” Sheridan said. “All of his projects are about bringing people together.”

Most of Hoffman’s work has an overarching theme of being more human to oneself and to others, he said. But overall, he tries to keep things as simple as possible so his art can be open to interpretation, he said.

“I really don’t want a heavy hand in telling people what to feel,” Hoffman said. “I want people to feel what they feel and [I want to] just be a vehicle for introspection.”