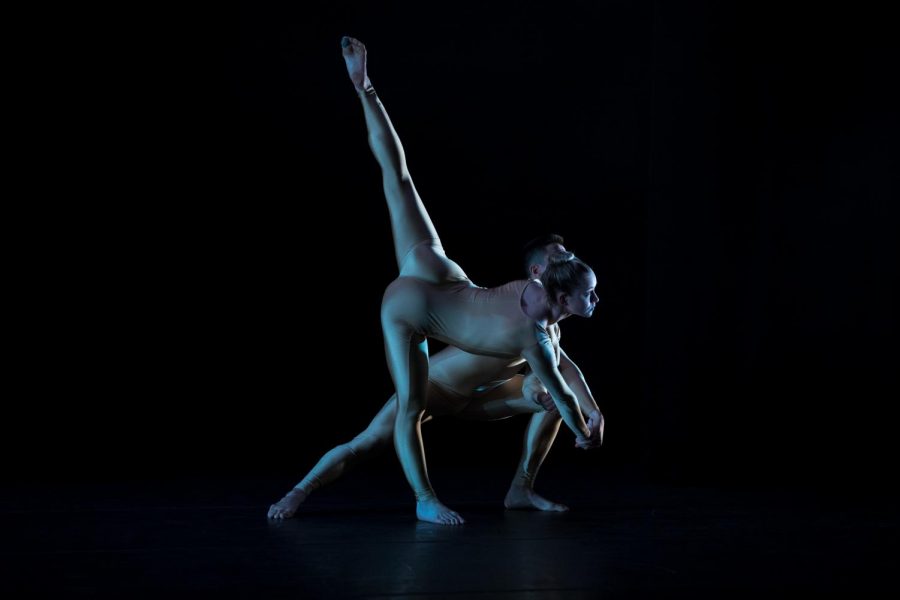 Bold lights, striking movements and bright colors spun their way into Columbia and  amazed the audience during a stunning performance by the Spectrum Dance Theater.

“The Rambunctious Iteration #3 –  The Immigrants,” choreographed by Donald Byrd, was shown Feb. 1–2 at the Dance Center, 1306 S. Michigan Ave.

The show’s music was composed by a diverse mix of immigrants and mirrored their various journeys through movement, facial expression, lights and more.

Immigration in itself is a stressful process, which was demonstrated by the dancers’ looks of distraught and pain on their faces. Their complex movements also exhibited the strength and dexterity needed to start life in a new location.

All the dancers  stood in a rectangular formation with blank expressions on their faces for the opening act, “While He Was Away.” The cast represented the city’s diverse community with different races, body types and movement styles.

The overall design of the show was vibrant and lively. The floor’s maze-like lighting pattern added a unique visual element as the dancers—who wore checkered leotards—maneuvered their way around the stage.

While the movements were about five to seven minutes long, the dancers entered and exited the stage in smaller groups, which was a good thing because the audience was then able to see each dancer express themselves.

Later in the performance, three long, white drapes formed a diagonal line across the stage as the dancers moved around them. Unfortunately, these drapes were distracting and hid some of the dancers. But they were also reminiscent of the breeze on a spring afternoon.

After the intermission, they performed a piece called  “Not From Here,” which highlighted the flexibility of the cast. One dancer ran into a handstand before gracefully rolling out of it. Another dancer morphed into a pretzel-like position, which looked extremely painful and difficult. This all proved how much effort and time went into rehearsals, as well as the importance of fitness for a dancer. Every movement looked absolutely effortless.