Harrington students settle in at Columbia after college closing 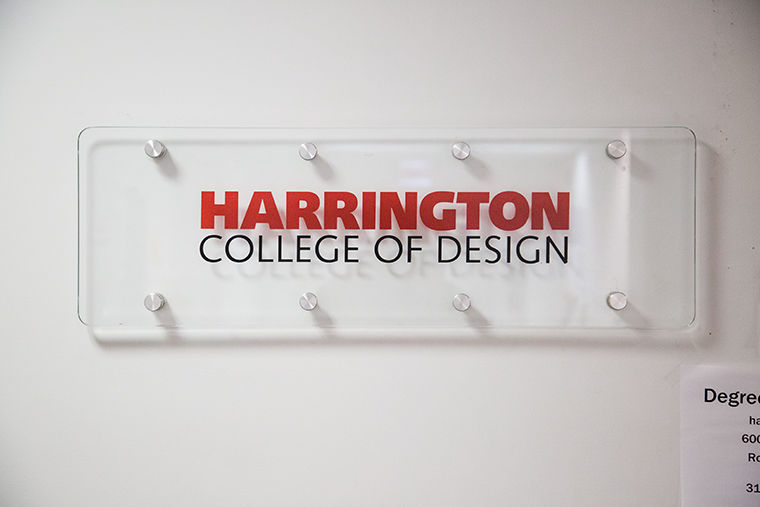 Harrington College of Design students have successfully transferred to Columbia after Harrington announced it will close its doors by August 2018.

The nearly 145 students who transferred to Columbia from Harrington College of Design at the beginning of the Fall 2015 Semester are almost finished with their first semester at Columbia.

Columbia accepted the students following an agreement the colleges made in April when Harrington announced it would close, according to Keri Walters, assistant provost in Academic Services.

Walters said the transition has been successful, especially because the college developed a special advising team to accommodate students and which specializes in helping Harrington transfer students stay on track to graduate.

Harrington will completely discontinue its operations in August 2018 due to increasing financial deficits caused by years of declining enrollment and increased regulatory burdens facing private colleges, as reported April 6, 2015, by The Chronicle.

The agreement between the colleges gives Harrington students the ability to enroll in the same programs offered by Columbia and receive transfer credits, or, for students within one year of graduation, finish their studies on Columbia’s campus but receive a Harrington degree.

Max Shangle, president of Harrington College of Design, said the transition was smooth because Columbia has strong programs that mirror Harrington’s.

Shangle said the biggest challenge in the transition was understanding what needed to be done and how to do it in a practical way.

“Moving a household is one thing, but moving the college and its resources [is another],” Shangle said. “I don’t think any of us anticipated what we had hiding in the broom closet.”

The primary departments affected by the agreement were the Design and Photography departments, Walters said.

Tim Cozzens, chair of the Design Department, said it was a “tremendous undertaking” for the department. He said the department had to more than double the number of courses offered in the interior architecture program, which resulted in hiring

“There are hiccups as with any transitions of cultures, but those are being addressed as best as possible,” Cozzens said. “There are a lot of resources the college has put [in]to making the transition as smooth as possible.”

Alesha Kraeszig, a senior design major graduating with a Harrington degree, said it has been an “interesting” change  because she attended Columbia her freshman year before transferring to Harrington for a more involved interior

Kraeszig added that Harrington students were not excited about the college’s closure, but the transfer itself went smoothly.

Kraeszig said she was disappointed when she believed her professors at Columbia did not have the right credentials to teach her advanced studio or thesis classes. She also said it has been difficult as a senior to have classes taught by first-time teachers.

“All our studio faculty are qualified to teach the courses assigned,” Cozzens said in a Nov. 24 emailed statement.

Walters said there are challenges along the way, but the college has increased its focus on its transfer rate in the last few years, and this agreement with Harrington helped make the collegewide effort a success.

“[Transfer students] bring with them a diverse set of experiences that really contributes to our learning environments,” Walters said. “When students mix together with other students from all over, that adds to a diversity in the classroom, which is a strong benefit for all of us.”