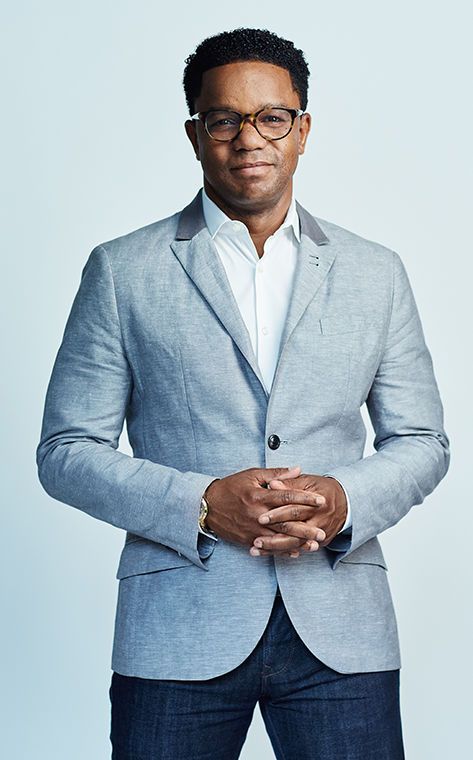 Vibraphone player Stefon Harris said he often speaks at high schools and colleges, including Columbia, while on tour.

Critically acclaimed jazz vibraphone player Stefon Harris will be teaching  and playing alongside students during his weeklong residency with the Music Department Oct. 31–Nov. 6.

During his stay, Harris will be working closely with student members of the Jazz Ensemble, Fusion Ensemble and Chicago  Vox in a series of master classes and rehearsals, according to Joseph Cerqua, creative director & producer for the Music Department.

Cerqua said he hopes students will learn from the nationally recognized musician’s work ethic and hunger for music.

“Stefon is one of the most important young jazz artists in the country, and the virtuosity he has on that instrument is amazing,” Cerqua said. “A guy that young, with the kind of success he has had, is perfect for our students to look up to and to think about how they are going to guide their own careers.”

The ensembles have been rehearsing songs for several weeks in preparation for rehearsals with Harris in which he will fine-tune their work. The groups will perform the songs with Harris at the Jazz Showcase, held at 806 S. Plymouth Court Nov. 3–6.

Harris said he spends a great deal of his time giving lectures at colleges and high schools while he is on tour, and he thinks it is valuable to expose a younger generation to the arts.

“Performing is an important part of my ability to teach and the inverse is true as well,” Harris said. “It’s the fact that I’m teaching and always grappling with the fundamentals of harmony with my students—that helps me grow and maintain a clear, articulate focus on why I’m playing music and                                           what it is that I am supposed to be delivering to audiences.”

Harris, who is 43, seemed more relatable than some of the older musicians who have participated in the residency in the past, according to Jalen Baker, a senior music major, vibraphone player and member of the Jazz and Fusion ensembles.

Baker will have five rehearsal sessions in which he will work with Harris—two for each of the ensembles he belongs to and one personal vibraphone workshop—according to Cerqua.

Baker said the small size of the residency program will allow Harris to work closely with all of the students.

“I heard Stefon my sophomore year of high school and never  knew that any of the mallet percussion instruments could sound the way he made them sound,” Baker said.

According to Harris, his teachers over the years had a huge impact on his decision to become a mentor and give back to others.

“Your choice of career oftentimes is a manifestation of who you really are on the inside,” Harris said. “I am teacher; I’ve always loved it. Even as a child, I would be the musician who was sharing all the information with everyone else because I was so excited about what it was that I was learning. I put as much time into my ability as an educator as I do as a performer.”