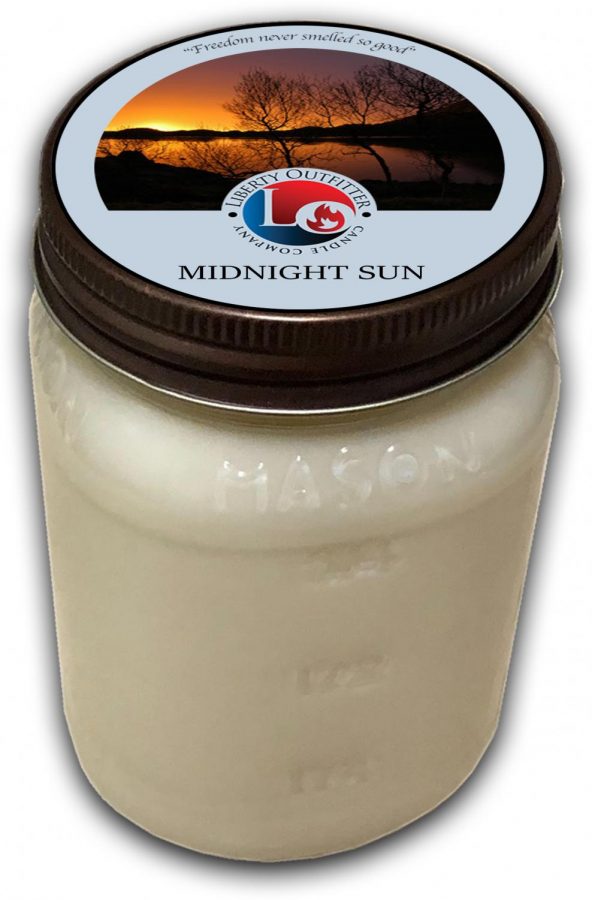 For many veterans, the trauma associated with serving in the military may last far beyond their separation date.

“I served four years in the Army from ‘02 to ‘06, and I also suffer from PTSD from my childhood. I realized that I had been to [some] really dark places in my life,” Metrick said. “I had this candle and started burning it, and it all of a sudden clicked for me that the candle represents my internal flame that I have to find in the darkness—in darkness, there’s always light.”

Some of the scents offered on the company’s website, Libertyoutfitters.us, include Cuban tobacco, peppermint eucalyptus and lilac, available in 8 or 16 ounces.

“The different candle scents are scents I find enjoyable to burn. One of the examples is a candle called sage and cinnamon. Sage has been used for thousands of years to get rid of evil energy in a house,” Metrick said. “But a lot of people don’t have access to bundled sage or know how to use it. The idea is that you can light the candle, and it should remove the negative energy.”

According to Psychology Today, aromatherapy is a complementary and alternative medicine practice that taps into the healing power of scents extracted from plants in order to balance mind, body and spirit. Oils and fragrances have been found to calm the nervous system, lower the heart rate and change brain waves to be more relaxed.

Senior advertising major and U.S. Marines veteran Tim Brutsman said during his time in service he was in charge of more than 150 marines and dealt with stress personally and within his ranks.

“I’m a writer. Any sort of creative ways that you can go further and find what you like [will help]. Just finding something that you can get lost in can really help stress be eased,” he said.

Brutsman said therapy and seeking help sometimes come with a stigma because no one wants to be perceived as weak.

“American society and Western culture demands that we be strong, especially as men,” Brutsman said. “Breaking the stigma of mental health in America is on the way, but it’s going to take time.”

U.S. Navy veteran Michael Johnson is from Mobile, Alabama, and spent five years in service.  He said that although he may not have dealt with many stressors in the military, he did make sure to find ways to decompress.

“I did go to the gym a lot; I played a lot of sports and played video games,” he said.

“They always kept me occupied, so I wasn’t really worried about work-related stress.”

Metrick said he realized other veterans could use his method. He wants to help people get over their past traumas.

“Once I started [burning candles], things really started getting better for me,” he said. “I knew other people could use the candles.”