Get your butts out of Chicago’s parks 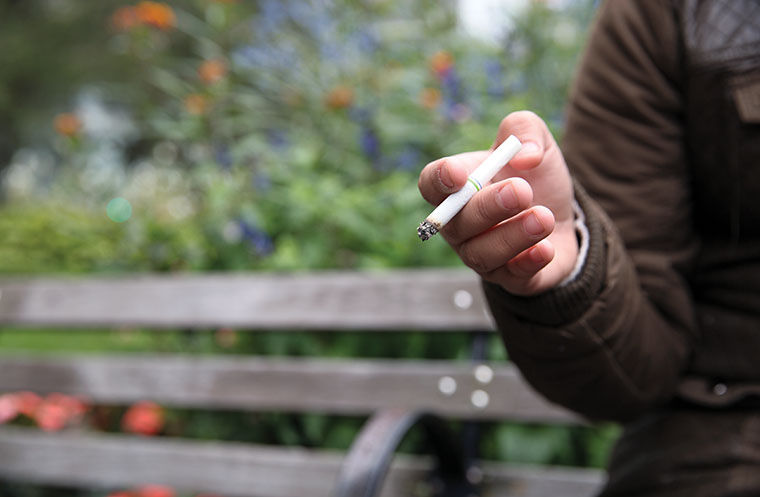 The new ordinance that bans smoking in parks, harbors, beaches and playgrounds immediately goes into effect and imposes a $500 fine on all people who violate the ban.

The Chicago Park District Board of Commissioners passed an ordinance Sept. 10 that bans smoking within 15 feet of beaches, playgrounds, harbors and parks.

The new ordinance, which immediately goes into effect, imposes a $500 fine on violators caught smoking in any of the city’s 580 parks.

Prohibited will be cigars, cigarettes, pipes, vaporized substances, e-cigarettes, marijuana and medical marijuana, according to the Chicago Park District.

The district previously passed an ordinance in January banning smoking from beaches and playgrounds on top of a 2008 ban on smoking within 15 feet of district buildings and facilities, said Jessica Maxey-Faulkner, a Chicago Park District spokeswoman.

The ordinance will also ban smoking within 15 feet of Chicago’s 10 harbors. Smoking is still permitted on private boats because they are considered private property, she said.

According to the Respiratory Health Association and the Centers for Disease Control and Prevention’s annual publication “Best Practices for Comprehensive Tobacco Control Programs,” parks and beaches are the most commonly targeted environmental spaces for change in Chicago.

Despite just having been voted on, Maxey-Faulkner said the law is enforceable immediately. Signage will be posted in areas where it does not already exist over the next several weeks, she said.

“The mayor supports smoke-free policies like the [ordinance] passed by the Park District Board because they create an environment that encourages smokers to quit and discourages kids from picking up the habit,” said Shannon Breymaier, a spokeswoman for the Mayor’s Press Office. “This policy complements the mayors extensive work on the issue that has led to record-low smoking rates among both youth and adults

The new ordinance will not only affect habitual smokers, but also concert-goers who attend Chicago’s famous music festivals, such as Lollapalooza, held in Grant Park, the Pitchfork and North Coast music festivals, both held at Union Park, Riot Fest in Humboldt Park and many others.

All music festivals held in a Chicago park will now force festival goers to put out their cigarettes, cigars and even e-cigarettes and leave the grounds to smoke.

“I actually think [the ban] could be a safety hazard,” said Kevin Maxwell, a former Lollapalooza worker. “You’re going to get more young kids [who] shouldn’t be smoking anyway standing outside the gates, and it’s already very congested, so it’s going to make it even more congested.”

Although the Park District said the ordinance will be strictly enforced, Maxwell said he does not believe the smoking ban will adversely impact music festivals.

“Everybody is going to do it anyway,” Maxwell said. “I really don’t believe they will enforce [the ordinance] because it’s almost impossible. I guess they could have security walk around [at

festivals ] and tell people to put their cigarettes out, but I don’t see them throwing somebody out.”

Scott Truesdale, a sophomore  audio & acoustics major at Columbia, said police officers do not currently enforce smoking rules outside of concerts, and he does not anticipate them enforcing this new ordinance.

“They have that fine for flicking a cigarette. I haven’t seen an incident in which a cop has cracked down on that,” Truesdale said. “They have a bigger fish to fry. There’s way harder drugs out there than cigarettes and recreational [marijuana].”