Hijab is not a symbol of misogyny 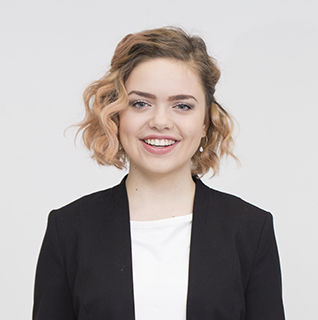 Hijab is not a symbol of misogyny

The Washington Post, U.N. Watch and the International Business Times were among the multitude of publications that attacked Linde’s hijab in reports and commentaries, saying that by doing this, Linde and Swedish government in general had betrayed Iranian women and feminist values.

Interpreting the donning of a hijab in this way is thinly veiled propagation of a Eurocentric and misogynistic perspective on the Islamic world. In the western world, the hijab has become a colloquial symbol of oppression, essentially the antithesis of feminism. However, many Muslim women view the hijab as empowering when they choose to wear it.

“The hijab has liberated me from society’s expectation of women,” “My hijab doesn’t oppress me, it empowers me,” and “My personal decision to wear the hijab has nothing to do with me being oppressed,” are just a few headlines of commentaries from Muslim women about their choice to wear hijabs.

The empowerment of the hijab comes from being able to choose to wear it. The law in Iran does dictate what is and what is not appropriate for women to wear when they go out in public, and while the law is oppressive, the hijab itself is not.

Linde wearing a hijab was not, as some suggested, a betrayal of feminist values. Linde’s reasons for wearing the hijab could be interpreted in a number of ways, but the attention to what she and the other female leaders were wearing in the first place is unnecessary. She was there to do a job—an important one, at that—and her attire has nothing to do with the work she was there to do. Too often what women wear is given more attention than what they do.

Instead of attacking the hijab with hypervigilance, women’s rights activists’ from other countries that want to improve the lives of Iranian women should focus on other oppressive laws that limit women’s rights.

Iranian women still face legal barriers when it comes to inheritance and ownership of property, custody of children, serving in government and the judiciary, and educational opportunities, according to a March 8, 2013, report from the Iran Human Rights Documentation Center.

While the focus of those fighting for equality should be on the aforementioned laws, that does not mean laws like the one in Iran regarding women’s attire should be completely ignored.

The law regulating the attire of women in Iran should be abolished so women are free to wear the hijab and dress modestly or not, but this should not be considered the most important fight or issue for women’s rights and human rights in Iran and other countries with similar issues.

Many Muslim women in the U.S. who are not subject to laws like the ones in Iran still choose to wear the hijab, but because of the perception of the hijab in western culture, they may be judged.

Islamophobia is an extremely prevalent issue in the U.S. and around the world, and misrepresenting and perpetuating a misunderstanding of the Islamic world does nothing but harm.