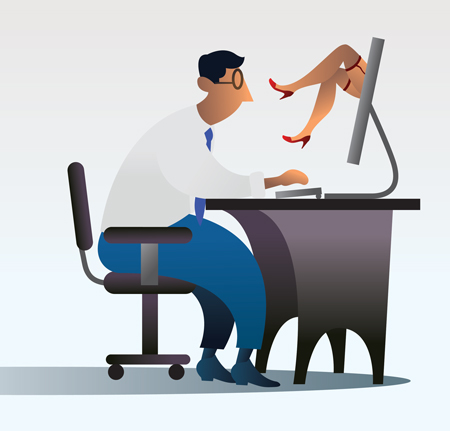 The 2013 revision of the Diagnostic and Statistical Manual of Mental Disorders, a collection of diagnostic criteria for all psychiatric disorders recognized by mental health professionals in the United States, has not included sex addiction because including it as an addiction “would require published scientific research that does not exist at this time,” the manual stated.

“If you take away alcohol from somebody that is a long-term alcoholic, they may actually experience seizures and die because their brain has reached a point where it needs the alcohol,” Ley said. “We can see it in neurological research that has been done around substance addictions, and there is not a single published study anywhere that shows either a neurological or behavioral shift in regards to pornography from wanting to use it to needing to use it.”

“You can or cannot call it an addiction, but if I look at it through a lens that says it’s an addiction, it helps me understand how to approach it and treat it better,” Johnson said.

Ley added that pornography can have positive impacts, suggesting it can improve attitudes toward sexuality.