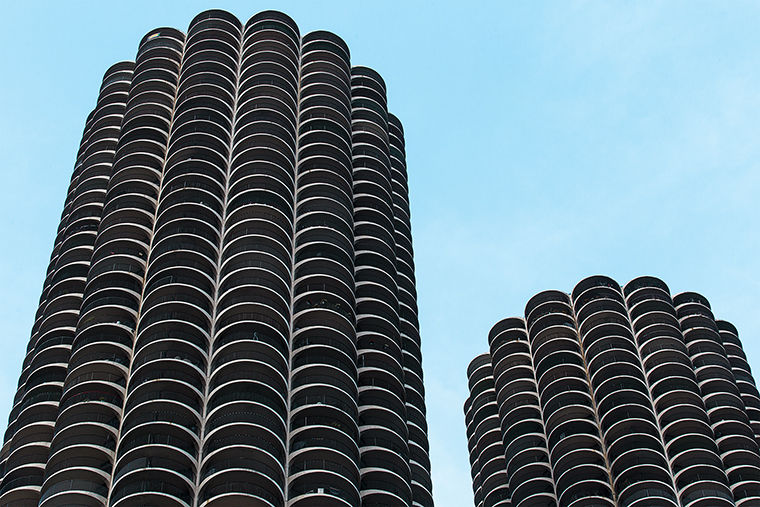 Onur Ozturk, a lecturer in the Art & Art History Department, said the Marina City towers, also known as “the Corncobs” were designed by the late Bertrand Goldberg, a Chicago-based architect. He said the towers were constructed during the ‘60s to entice people who worked in the city but lived in the suburbs to move downtown. Ozturk said the towers have become two of the most photographed buildings in Chicago.

“The purpose of the proposed designation is to recognize and preserve the historic significance and importance of the Marina City complex to the City of Chicago, as well as to qualify it for historic rehabilitation incentives,” Peter Strazzabosco, spokesman for the Landmarks Commission, said in a Nov. 13 email.

Strazzabosco said the next step in achieving landmark status is approval by the City Council. He said the recommendation will be given to the City Council’s Committee on Zoning, Landmarks and Building Standards, which will hold a public hearing and vote on whether the full City Council will vote at a later time.

“Marina City is an icon of Chicago urban planning, an exemplary [model] of Expressionist architecture and represents Goldberg’s unique architectural perspective as one of Chicago’s most notable architects,” Strazzabosco said.

Strazzabosco said the City Council’s decision could come after the end of the year.

The landmark designation process began July 9, and if the towers were to become landmarks, provisions under Chicago’s rehabilitation code would allow for more flexibility with the building code, meaning that significant features on the buildings would be preserved, according to the City of Chicago website.

The City of Chicago Commission recommendation states that Marina City has a number of historical and architectural features that make it a landmark, including the rooflines, the exterior of the bridge level, the marina level that can be seen from the Chicago River and the driveways and plaza areas between the buildings.

Ozturk said the towers gaining landmark status would prevent their significant features from being easily altered.

Ozturk added that the towers being made of concrete makes them less expensive to build but look more like a sculpture.

“I think that’s one of the reasons why people find them attractive,” Ozturk said.

He said the structure was experimental because it was one of the first to combine residential and commercial spaces in one structure. He added that parking was also constructed at the bottom of the towers, granting residents better city views.

Ozturk said many people were confused when they discovered Marina City did not already have landmark status.

“You cannot imagine the [Chicago] Riverwalk without these buildings,” Ozturk said.

Ozturk said he thinks the towers will become landmarks because there is no major opposition.

“I believe they [the City Council] will actually give it landmark status, but even if they do not, I think there is a common consensus in our city that this building already has a landmark status in the hearts and minds of Chicagoans,” Ozturk said.