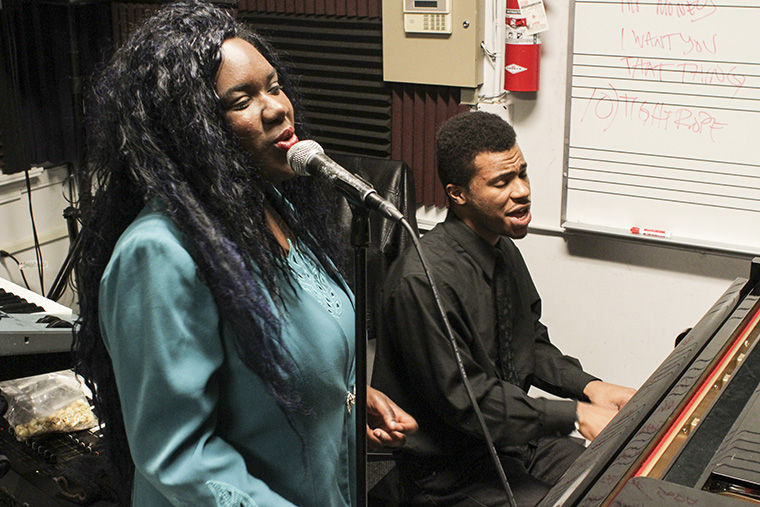 Josey Omokheyeke and Eric Rutherford, both junior music majors and vocalists of Momz, said they are honored to have been selected to play at Biggest Mouth.

Psychedelic funk, retro soul and alternative rock will permeate the sound system at this year’s Biggest Mouth competition, set for April 21 at the Metro concert hall, 3730 N. Clark St., hosted by the Student Programming Board.

“We were looking for originality, stage performance and audience engagement,” Valiente said. “[We wanted] anything that would get the crowd moving to make sure they were being acknowledged.”

Gardner McFadden, a sophomore cinema art + science major, is part of Blaqrock, a  jazz, punk and metal group that features rap influences. McFadden added that he wanted to feature his bandmates’ talent alongside his rapping.

Matthew Coglianese, a junior jazz studies major at Roosevelt University and Zoofunkyou’s bass player, said the band has created a medley of three or four songs with its psychedelic, funk and jam style.

“It is kind of a mish-mash, cutting bits of one song and weaving in and out of another,” he said.

Zachary Restaino, a freshman audio arts & acoustics major who performs under the stage name “Tupni” with Douglas Trap and Lul Sluzzie, describes his genre as a mix between alternative and hip-hop music.

“I want to make sure everyone sees my message and how I am coming across,” Restaino said. “I want [the audience] to feel the emotion behind my voice and radiate that energy.”

Josey Omokheyeke, a junior music major and vocalist of Momz, said the band is expecting “the best” out of the concert and hopes for a strong audience response. Momz has been rehearsing frequently for the big night, Omokheyeke said.

“We want to get on the stage and have fun and represent our music and our journey,” she said.

Eric Rutherford, a junior music major and vocalist of Momz, said the members’ different musical backgrounds contribute to the genre’s variety, which is an R&B and retro soul feel of music.

Rutherford said Momz has figured out how to simplify its set so individual parts do not sound cluttered during performances.

“You can expect there to be a lot of energy,” Rutherford said. “That is the thing we have really got down pat.”