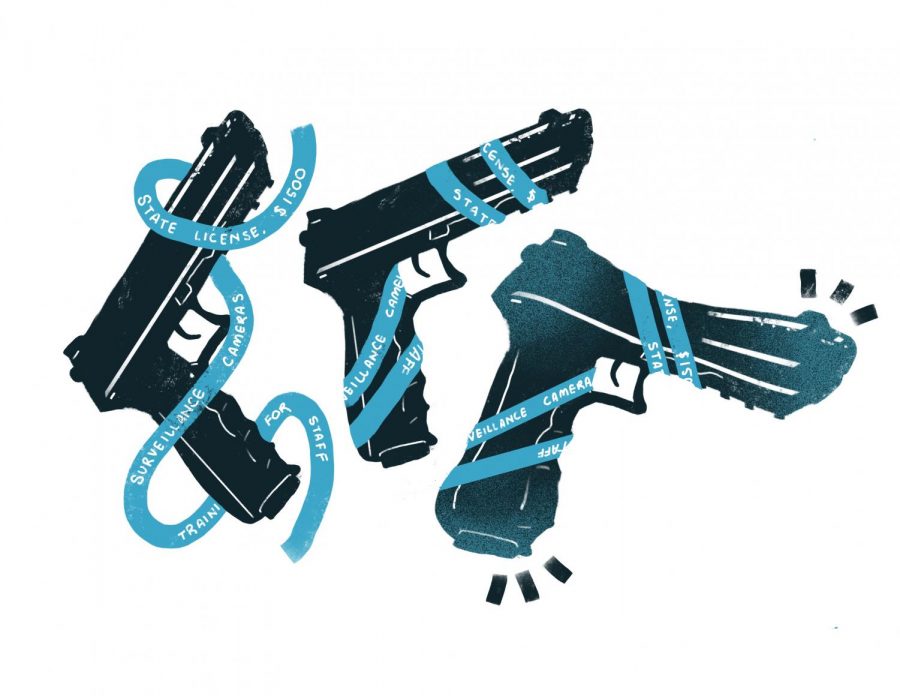 On Jan. 17, freshly-inaugurated Illinois Governor J.B. Pritzker signed a new bill into law targeting illegal gun trafficking. A similar bill was vetoed by former Gov. Bruce Rauner last year on the basis that it would put too much pressure on gun sellers. The bill requires firearms dealers to be licensed by the Illinois State Police. Additionally, gun sellers must have a state license, video surveillance installed in their store and employee training to spot “straw sales”—  when a person buys a gun for someone who cannot do so legally.

Critics of the bill, including the Illinois State Rifle Association, argue that it makes weapons sales “a bureaucratic nightmare” and that it will not actually increase safety, just overburden sellers. In a culture obsessed with guns, this bill does not go far enough.

This measure is a step toward meaningful gun reform in a city shaped by gun violence, but we need to see it for what it is: a first step. Now that there is a Democratic governor in office, there is possibility for change. It is critical that Pritzker signs off on more laws that go even further to curb gun violence and trafficking.

However, this is a systemic issue that needs systemic solutions. Guns need to be regulated at both federal and state levels. According to an Oct. 30, 2017, NBC article, 60 percent of guns used in crimes in Chicago were trafficked from out of state and nearly a third of those were from Indiana; Illinois laws can only do so much to deter gun trafficking until Indiana tightens its own gun regulations or the federal government steps in.

Chicago gun violence in particular is inextricably tied to inequality based on race, education and many other socioeconomic factors. All of these elements compound on each other to create communities where gun violence is a reality. These communities deserve better.

During his campaign, Pritzker promised to invest in education, mental health and resources in underserved communities, according to his campaign website. It is the public’s job to hold him accountable for those promises.

Signing more bills to ensure guns do not end up in the hands of dangerous people will help. Creating a system that serves the mentally ill and rehabilitates instead of punishing them will help. Setting disadvantaged children up for success by giving them the resources they need will help. Making education and opportunities accessible will help. All of these actions working in tandem will change the structure of gun violence in Chicago and nationwide.