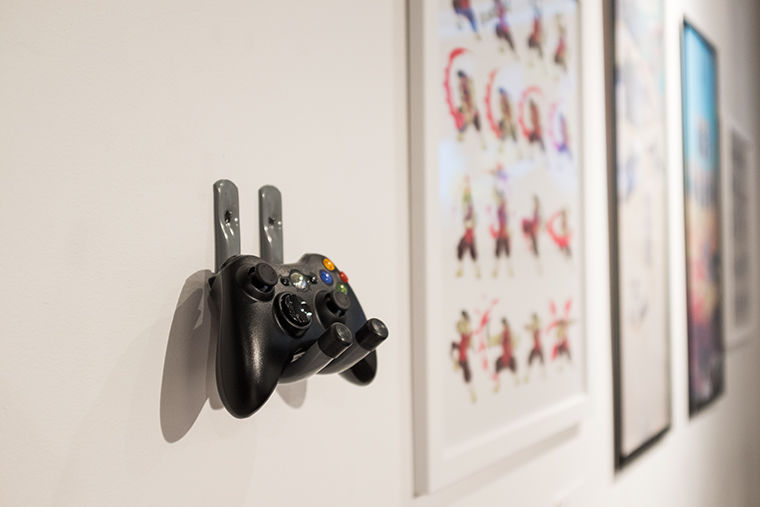 “Gun Ballet,” an exhibit that demonstrates the aestheticism of violence in games, will be on display March 2–June 24 at VGA Gallery, 2418 W. Bloomingdale Ave.

Through a nondescript set of doors, down a drab side street lies “Gun Ballet,” an explosive art exhibition nestled neatly inside the Video Game Art Gallery.

The gallery, located at 2418 W. Bloomingdale Ave., was founded in 2013 as a place to educate patrons about the cultural and artistic significance of video games. This new exhibition, which runs March 2–June 24, focuses on understanding the aesthetics of violence in video games. However, instead of looking at why violence occurs in the medium, Jonathan Kinkley, executive director of VGA, said he was more interested in how it is portrayed.

“For years, I’ve been interested in this idea of games and violence because there’s such an overabundance of violent games,” Kinkley said. “Eight of last year’s top selling 10 games included violent content. Many of them are first-person shooters, many involve shooting as a central dynamic. So, I always associated violence and games as just endemic to the history.”

The gallery’s centerpiece, Kinkley said, is the game “Stranglehold,” developed by Midway Studios and film director John Woo. It features a playable version of the game, which is a sequel to the popular 1992 Hong Kong action film “Hard Boiled,” and a storyboard used in the game’s development, showing how the game’s creators mapped out the action.

“We thought it would be incredible to lead the show with this piece,” Kinkley said, “showing the film and the storyboard that bridged those two worlds: film and games.”

The galley also features works by artists such as Krista Wortendyke, a Chicago artist who looks at how images are used to create people’s perceptions of things they cannot truly experience.

“[Violence] is ubiquitous in all media, and the reasoning for that is that as humans we’re drawn to that, we’re rewarded,” Kinkley said. “When experiencing tension and conflict, we get a little boost in our minds chemically.”

As a lifelong fan of both video games and the arts, Kinkley said this exhibition and the VGA were a great way to fuse those interests.

“We thought games had matured and diversified enough to the point where they can live in the gallery context and be taken seriously as an artistic medium, and that’s why the VGA gallery was born,” Kinkley said.

The exhibition gained a newfound significance after the recent Parkland, Florida, shooting, after which President Donald Trump proclaimed the idea that video games cause violence, a discussion dating back to 1992 with roots in previous mass shootings and games such as “DOOM” and “Mortal Kombat.”

“Lots of people are looking for answers and some people point to the game industry as contributing to the problem: Do games cause violence? There have been studies and research and consensus seems to be inconclusive. Probably not.” Kinkley said. “It’s an important question to ask.”

Christopher Ferguson, a professor of psychology at Stetson University, said the public’s concerns about violent video games causing violence are largely misplaced and they can, in fact, do the opposite.

“People react in different ways,” Ferguson said. “It depends on whether or not you like violent video games or not, how you are going to respond to it. Sort of like heavy metal music. If you like it, it actually can calm you down and it actually can make you feel less stressed.”

“We can have a healthy balance of people that are into games and exposing them to art, and to art history and art culture, and getting people within the fine arts culture to accept and understand that video games can be this unique medium to represent different ideas,” Puls said.