‘How Do You Do It?’ stands brutally honest 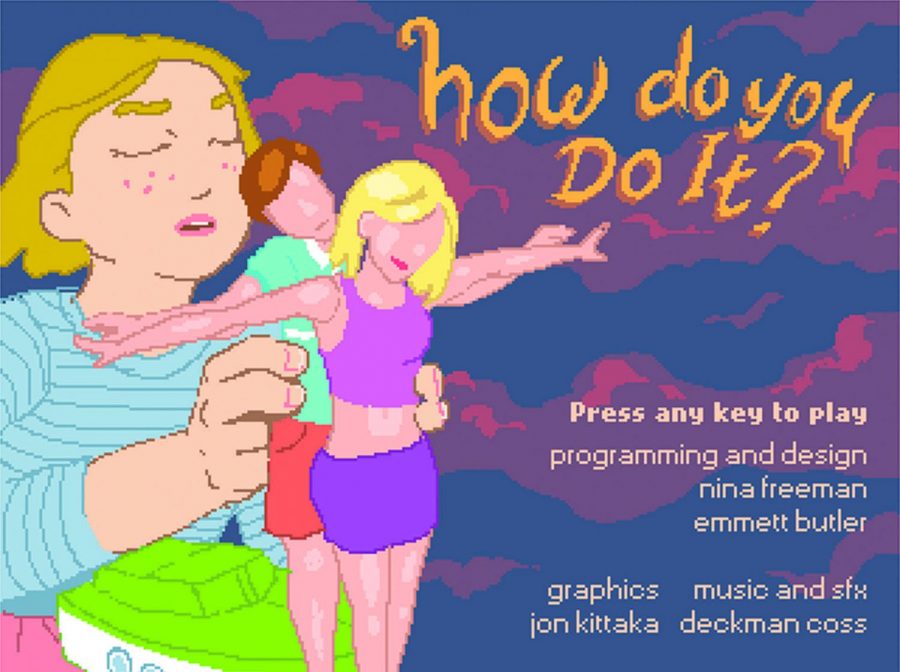 “How Do You Do it?” is a video game about a girl learning about sex with her dolls while her mom is out of the house, she tries to not get caught by mom when she returns.

“How Do You Do It?” is exploratory in its design—refreshingly simple and an honest piece of work from someone who has something clever to say. It tackles the subject of sex from the perspective of an awkward pre-teen girl.

Nina Freeman’s new game will make you throw out all notions of what you think a video game can be. The medium that started as a way to bring traditional games into new technologies has spent the last few years exploring its depths and limits. Freeman’s past projects largely consist of vignette games—games that capture a feeling or a moment in life. The games end up being deeply personal as a result and arouse feelings that players might never expect to feel from looking at a screen and pressing a few buttons.

“How Do You Do It?” is a game about sex. That sentence evokes a lot of different images for people. Whether it be something deeply personal and emotional or something fun, sex is a complicated subject to tackle and is largely considered taboo in video games. When BioWare tackles the complex notion of relationships in games like “Mass Effect,” the relationships tend to feel more like simulations than authentic interactions, as they often have a definitive end when sex comes around.

In this game, players take control of a little girl, supposedly representing Freeman herself at age 12. A brief scene plays in which the girl’s mom leaves the house while delightful and somewhat ambient music plays. The stage of the game is set. The girl wanders to her toy box and pulls out a male and female doll—both naked—and the player is given control. Players can mash the dolls together haphazardly and rotate each one clockwise. During this time, there is a thought bubble over her head, her mind racing as she wonders what the hell sex is, recalling the love scene between Jack and Rose in a car down below deck in the ship’s storage cabin from the 1997 movie “Titanic.”

“Why was it so cloudy in there?” the girl muses. “Clouds don’t go in cars.”

The game ends when the front door clicks open. Mom will catch you if the dolls are together, and she will not if the dolls are apart. It is very easy to get lost in the game and get caught by Mom; you might not even hear the front door or realize that it is opening. “How Do You Do It?” manages to capture the feeling of being a child confused and intrigued by sex without coming off as creepy or disingenuous.

That feeling is further cemented by the disorienting lack of progress indicators. There is no way to know if players are doing well in this game or not, just as teens expierence. At the end of the game, a screen pops up stating, “You might have done sex (number) times!” There is no real measure of what doing sex might be beyond the game’s own indicator, which it staunchly refuses to reveal.

“How Do You Do It?” is not for sale. It can be played for free at Freeman’s website at ninasays.so/howdoyoudoit. The game is currently nominated as a finalist for the “Nuovo Award” at the Independent Games Festival, an award given to intriguing and exploratory new games. The fact that the game is not a nominee for the “Excellence in Design” award is a shame, as no game elicits such a unique and strange feeling that comes naturally, while adults often forget exactly how awkward the whole experience can be. If you become uncomfortable playing “How Do You Do It?” then the game has succeeded.