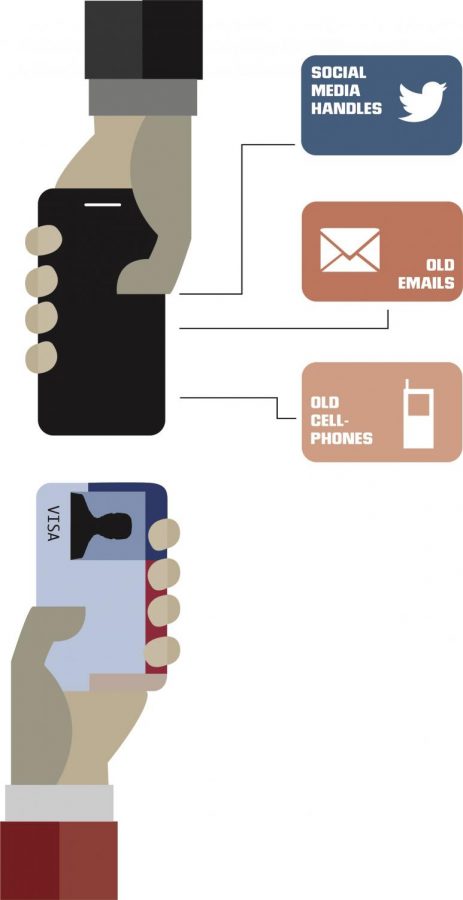 International visitors who are seeking to reside in the U.S. but not immediately immigrate may soon have to turn over huge amounts of personal information, including social media handles, old phone numbers and emails, as part of the application process.

The changes in the process involve turning over five years of social media handles, email addresses and information about international travel; whether the applicant has been removed or deported from any country; and whether any family members have been involved in terrorist activities, according to a State Department notice published March 30 in the Federal Register.

It is unclear why these policies have been proposed, and it could lead to privacy and free speech consequences, said Rebecca Glenberg, senior staff attorney of the American Civil Liberties Union of Illinois.

The proposal is undergoing a 60-day public comment period that will expire May 29. The Federal Register notice states the information is being sought for “identity resolution and vetting purposes based on statutory visa eligibility standards.”

“It looks like a massive collection of personal data without any clear plans for how [the] data will be used or guidelines determining how that information affects anyone’s visa status,” Glenberg said. “It certainly adds to the perception that the U.S. is not welcoming to people from other countries.”

There are some exemptions from the increased vetting, such as diplomatic and official visa applicants. But incoming international students would be subject to the background checks, according to the Federal Register notice.

“You go through a lot when applying for any visa through the U.S.,” said Dominik Bluesse, a junior American Sign Language-English interpretation major and international student from Germany. “I don’t know if I could provide five years’ worth of email and social media [handles if I was  asked to].”

Bluesse needed three months to properly fill out his non-immigrant application and a three-hour drive to the embassy in Berlin, he said.

“If they [would have] demanded five years of [social media handles], plus the fee, the extra paperwork and driving to Berlin, I probably would have looked for easier [visa] options, like Canada,” Bluesse said.

Bluesse called the expanded vetting process “the tip of the iceberg” for some people and said it may discourage international students from coming to the U.S.

Amber Tsai, junior business and entrepreneurship and photography double major and vice president of the International Student Organization  is originally from Taiwan but has lived in Cambodia as well as South Korea before heading over to the U.S.

Handing over five years of social media and email information to the U.S. government seems “insane,” Tsai said. She said she does not have anything to hide, but her posts on social media are for the people she friends and follows, and not for random people working for the government.

“I’m going to leave the U.S. when I’m done studying. I’m not going to live here,” Bluesse said. “I don’t pay taxes, I don’t vote, so why are they making it so hard for people to study here?”