Gallery shares thoughts on the ‘Unthought’ 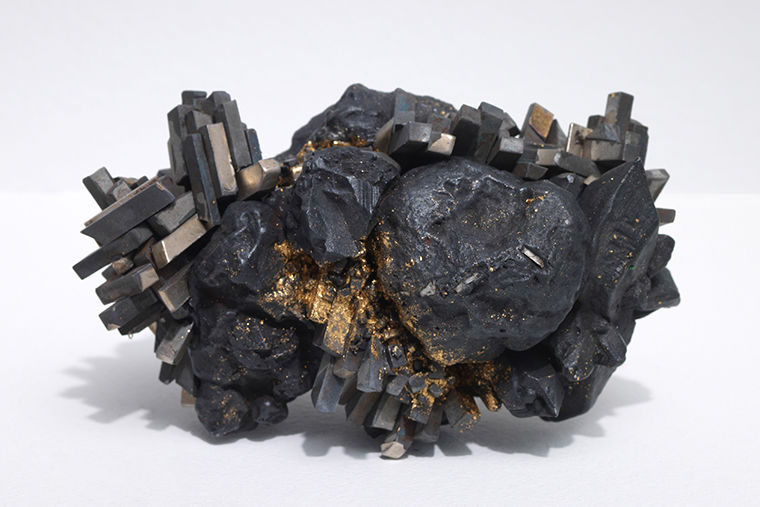 Among the art in Renaissance Society's new exhibit "Unthought Environments" are photos of rare minerals extracted from the Congo.

People interact with the natural elements of water, fire, wind and the sun every day, but a new exhibit at the University of Chicago’s Renaissance Society explores if they truly consider how much.

Lund said the exhibition—running Feb. 17-April 8—takes ancient ideas of elements and observes how they intersect with human infrastructure.

The exhibition features work from 11 artists who each have a unique method and approach to the theme, according to Lund, who praised the show’s “dynamism.”

According to Lund, two photographers, Revital Cohen and Tuur Van Balen, are represented by photos they took of the Congo and other African countries where rare minerals are mined.

“The minerals that were extracted are from places that we rarely see pictures of,” Lund said.

Another artist with work featured in the exhibition, Marissa Benedict, examines research on the infrastructure of water both in California and Israel, two different parts of the world that have some notable similarities and differences, Lund added.

“She has taken some of these structures and transformed them in surreal ways,” Lund added.

Another piece took hundreds of hard drives and extracted gold, tantalum and aluminum and put them into a large sample to demonstrate how much is taken from the earth to meet society’s technological demands, Lund said.

“The exhibition starts with this experimental premise. A lot of the work helps us to notice things that often do go overlooked and also appreciate this give and take between our environments and our own human activity,” Lund said. “I’m interested not just in the way humans leave our mark on the environments, but also the way it leaves its mark on us.”

Robert Watkins, an associate professor in the Humanities, History and Social Sciences Department, said that natural environmental structures are not always subject to human influence and control, contrary to popular opinion.

“No matter which environment we’re speaking about, it’s important to recognize that we’re always acting in environments that we don’t have full control over,” Watkins said. “Those environments set up certain possibilities for us and discourage or eliminate other possibilities. They are always guiding our actions even as we understand ourselves to be making free choices.”

Daniel Baird, a sculptor featured in the exhibition, said his immediate environment influences decisions in his work.

“My studio is a direct space where [artistic] connections are made, [they] do occur outside the studio but in a different way; it’s a more tactile engagement with the objects that are in here,” Baird said.

According to Watkins, public indifference towards the   environment, such as the EPA delaying updating the climate change section of its website to little public outcry, can erode what people enjoy on a day-to- day basis, such as the sunlight.

“We don’t have to lay out  any money to enjoy the sunshine.” Watkins said.

“It’s a public resource in that way, which, ironically in this day and age of capitalism, makes it endangered, because if you can’t put a price on it nobody’s going to take an interest in it,” Watkins said.