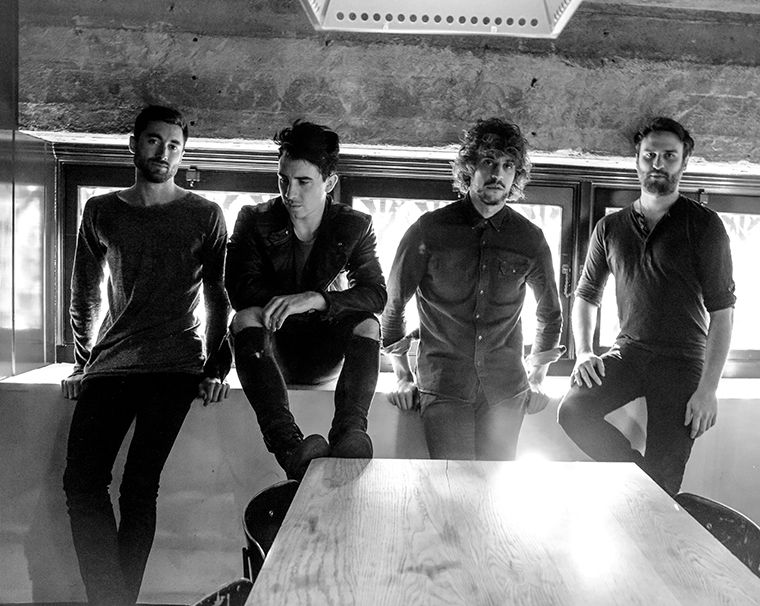 Most bands start their careers struggling to get by and practicing their music in a garage, but Wild Wild Horses is not an everyday indie-alternative group. It is made up of touring musicians and songwriters who took a gamble to pursue their own music.

The band, formed in 2014 by vocalist, guitarist and keyboardist Jack Edwards as the only member, who enlisted guitarist Billy Adamson, bassist Jonathan Harvey and drummer Greg Rogove. Edwards has performed with artists such as Christina Perri, as well as collaborated with Jamie Scott—who wrote nine songs on One Direction’s 2014 album Four. Other members have performed with Amy Winehouse, Jamie Cullum and Pearl Jam.

The band released its first EP, Ordinary Life, in 2015, recording an unplugged version this year. Wild Wild Horses is currently on tour with fellow alternative band From Indian Lakes and is scheduled to hit Chicago Oct. 7 at Subterranean, 2011 W. North Ave.

The Chronicle spoke with Edwards about Wild Wild Horse’s formation, the band’s influences and new music.

THE CHRONICLE: Why did Wild Wild Horses form?

JACK EDWARDS: We all actually come from different backgrounds in music. [Adamson, Harvey and Rogove] were session musicians before they were in this band. I had a bunch of songs I didn’t want to let go into the ether of songwriting. I really believed in them, so I started this band and found my guys through friends in London, then came out here and started working with Buskin [Records]. So, I put the project together about two years ago.

Was it easy going from playing other people’s music to making your own?

The songwriting world I was in was specifically a pop thing. That scene is very transient, and you have to write really briefly a lot of times, and it’s a really quick turnaround. To do something like this and really sink my teeth into it and dig a little deeper than I’ve been used to doing was amazing. The boys really responded to those songs and put their own spin on everything. As things have progressed over the last couple years, it has come together really well.

How do all the members’ different musical backgrounds work together?

[Adamson and Harvey] actually went to school and studied jazz, so they were really deep in musical theory, and their ears are incredible—hearing harmony and transposing stuff. [Rogove] has such a culturally diverse sense of music, and he’s one of the loosest in-time drummers I have ever played with. It actually all comes together really well.

What do you guys do differently than other alternative bands to stand out?

Instrumentally live, it’s a lot more diverse than even the EP is. Live, there is a lot more space and a lot more headroom, and we build in different sections in songs, which make them slightly more alternative. We use a lot of programming like synth elements and drum programs in the production, which I think adds a bottom and weight.

When can fans expect new music?

We’ve been consistently writing, recording and demoing stuff just to put together. We are about to partner with someone pretty exciting. Pretty soon, it has been a year [since Ordinary Life’s release], so hopefully we’ll have something out.