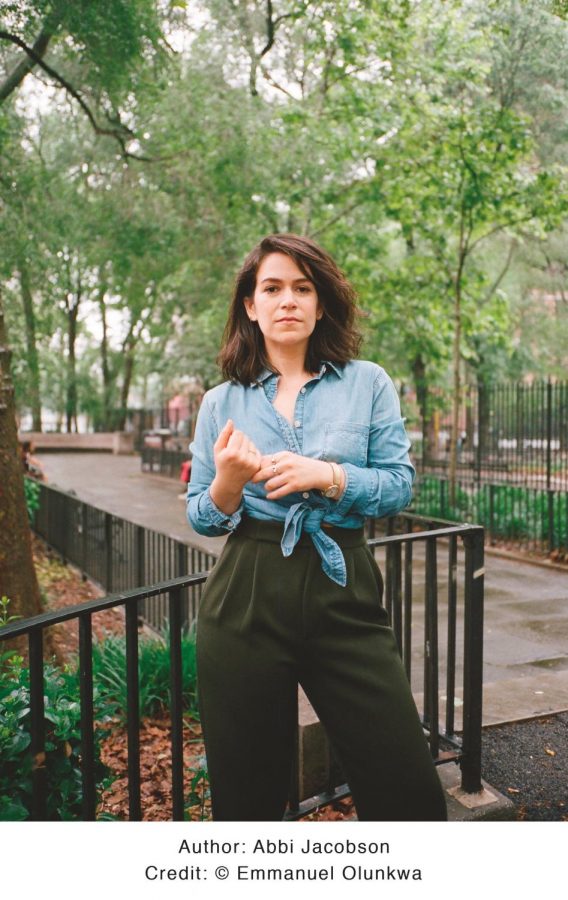 Who hasn’t wanted to get in a car and drive off into the sunset? That is exactly what Abbi Jacobson, best known as co-creator and executive producer of the hit series “Broad City,” did. Overworked and suffering from a broken heart, Jacobson took a solo road trip across the country and wrote a book along the way.

“I Might Regret This” is a collection of funny, relatable and provocative personal essays and illustrations released Oct. 30, Jacobson wrote the book while trekking from New York City to Los Angeles.

Jacobson’s writing puts you in the front seat of her car. It’s conversational, thought provoking and easy to read, as she notes on the third page, “Even though the book will be copyedited and proofread, my terrible grammar and lack of sophisticated vocabulary will shine through.”

Each chapter of the book is based on stops on her journey, like a bed and breakfast in North Carolina and a desolate cabin in Utah. Each setting inspires the tone of her essays, which shifts in relation to the memories of each location. For example, it is clear that she is sad at the bed and breakfast as she realizes she is surrounded by couples on romantic getaways while she is alone and newly single.

The illustrations are just as important as the text. Most of her charming drawings are from covers of CDs and podcasts she listened to during his trip. Every drawing is in pencil, allowing readers to see her mistakes and be less intimidated by Jacobson as a talented artist.

The best part the book is the diversity of the writing. Jacobson details her heartbreak and her professional insecurities, but also writes about the snacks she eats on her trip, her experience as a queer Jewish woman and her varying sleep schedule.

“I Might Regret This” is the perfect book to read in one sitting because there isn’t a dull moment. Jacobson lets her guard down by writing about her experiences with falling in and out of love for the first time. The creativity in the mixture of essays, lists and doodles makes the book worthwhile. It was much easier to read about her heartbreak knowing there was a punchline coming soon.

Jacobson shares a piece of herself in her book by balancing comedy and tragedy. Her words will make readers tear up, laugh out loud and see this comedian in a new light, unlike her weed-smoking, screaming and mischievous character on “Broad City,” who I love just as much as this book.