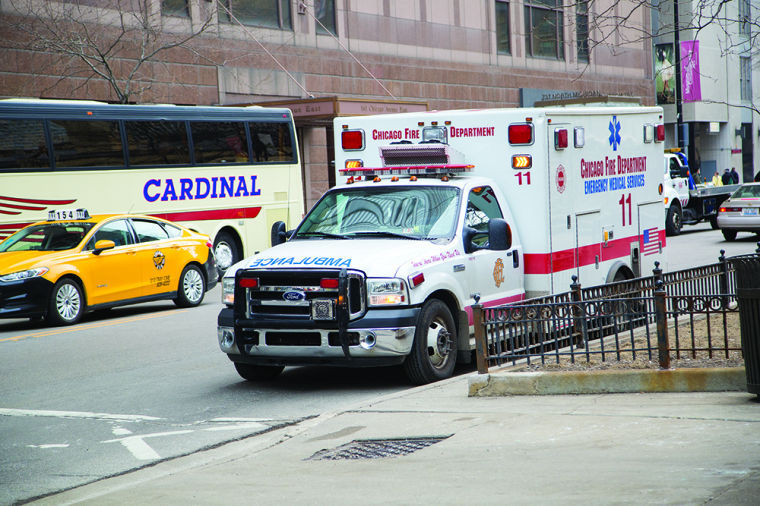 The Better Government Association published a report Feb. 19 that found the city has a shortage of advanced life support ambulances, which are equipped to provide medical treatment on the road.

As violent crime rates continue to rise in Chicago, residents have complained that ambulances are ill-equipped to address medical emergencies, prompting two aldermen to request an investigation into the city’s ambulance fleet.

Aldermen Bob Fioretti (2nd Ward) and Nick Sposato (36th Ward) announced plans April 2 to investigate the Chicago Fire Department’s supply of advanced life support ambulances, which are stocked with medical equipment that can be used to treat severe conditions on the road. If the City Council approves the proposal, all Chicago ambulances would have to be ALS-equipped.

Of the CFD’s 75 ambulances, 60 are ALS-equipped and the other 15 are basic life support ambulances, which are operated by firefighters or emergency medical technicians—not trained paramedics—and are meant to transport patients with less severe health concerns, Sposato said. They are not equipped to handle critical situations such as gunshot wounds or heart attacks, whereas the ALS ambulances are.

Sposato, a former firefighter, said BLS ambulances are often sent to the scene of a fire, but patients usually need more advanced care, resulting in delayed treatment because of the time spent waiting for ALS ambulances to arrive.

“This needed to be addressed yesterday,” Sposato said. “Not now, yesterday.”

Fioretti, who drafted the proposal, said he has been in talks with the CFD, which is looking into the matter.

“[The ordinance is about] making sure that all the city gets serviced in a prompt, expeditious manner,” Fioretti said. “We’re concerned with the safety, health and welfare of everyone in the city.”

It would cost an estimated $750,000 to convert 15 BLS ambulances to ALS, which Fioretti said would cover equipment and personnel costs because ALS ambulances are required to have a paramedic on board.

In March, the Better Government Association published an investigation of Chicago’s ambulances that found there is a shortage of ALS ambulances, which sometimes results in service delays of 20–30 minutes.

Many CFD paramedics interviewed for the report said the lack of ALS ambulances needs to be addressed, according to Patrick Rehkamp, the BGA investigator who published the findings.

“You get the sense now that there’s more urgency to it with the aldermen picking up on it now,” Rehkamp said.

The CFD and Office of Emergency Management and Communications declined to comment on the matter.

The Chicago Firefighters Union must approve the aldermen’s proposal before it can take effect, but Sposato said he is confident they will ratify the plan in the next few months.

Sposato said the fleet could be completely converted to ALS vehicles by September if the initiative is approved.

Rehkamp said he hopes the lack of ALS ambulances is remedied sooner rather than later because of the health risks.

“It’s an essential function,” he said. “I don’t think we can afford not to address the problem.”