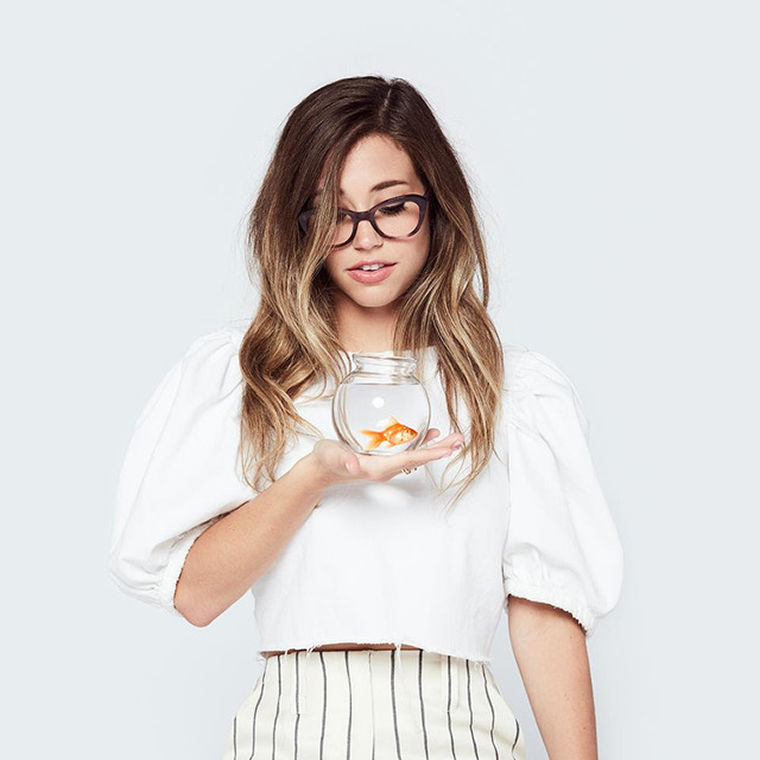 Josie Dunne, a native of La Grange, Illinois, grew up surrounded by the arts. Smack-dab in the middle of three other siblings who expressed themselves through dance, painting and theater, Dunne found her own path through her music, which blends a Motown vibe with pop tunes to create her unique sound.

Dunne will play at Schubas, 3159 N. Southport Ave., Feb. 8 to debut some of the songs that will be on her EP, To Be The Little Fish. The Chronicle spoke with Dunne to discuss her musical inspirations, proudest moment and biggest goals.

THE CHRONICLE: To what do you attribute your eclectic sound?

JOSIE DUNNE: A lot of what I grew up on was the old Motown and R&B soul stuff, and that’s the heart of what I love so much. Because my parents weren’t music nerds, I also grew up on what was playing on the radio at the time, so that super pop thing I also fell in love with. With my music, I try to do a combination of the two of those, and I’ve tried to have the heart and grit and soul elements to that Motown stuff but including all of the funness and danceability of a fun pop song. To me, there’s nothing better than a fun pop song.

How has your sound grown since you began performing?

[My sound] definitely developed as I developed my songwriting. I didn’t realize how much I loved pop music until I started writing, and I realized the stuff I started writing that was poppier was the stuff I liked the best. A lot of times it’s uncool to like pop. People want to be more indie or hipster, [but] I realized as I was writing that I love pop music so much.

How did your artistic family influence you growing up?

My family is really creative. My older brother is an artist and a painter, my younger sister is a dancer and my youngest brother is a graphic designer and animator. Being a creative house, there was always music playing, so I’d say I fell into music. I took voice lessons from one of my cousins and guitar lessons from another cousin. Having family [I was close to] that was into music that definitely helped, [too].

When did you decide to seriously pursue music?

It’s been varying levels of seriousness. The first time that I was like, “This is something that I want to dabble in,” was in fourth grade. I took voice lessons from my cousin who lived two doors down, and it was so informal. She basically taught me whatever she was learning in her high school choir, but that was the first time that I remember singing in front of anybody and having the guts to say, “This is my thing.”

What is your biggest goal for your career moving forward?

I’m really excited about my single [“Old School,” released Feb. 2]. My biggest goal is that that [it] does well and that all of the video stuff I have coming out does well and I can do my label proud.