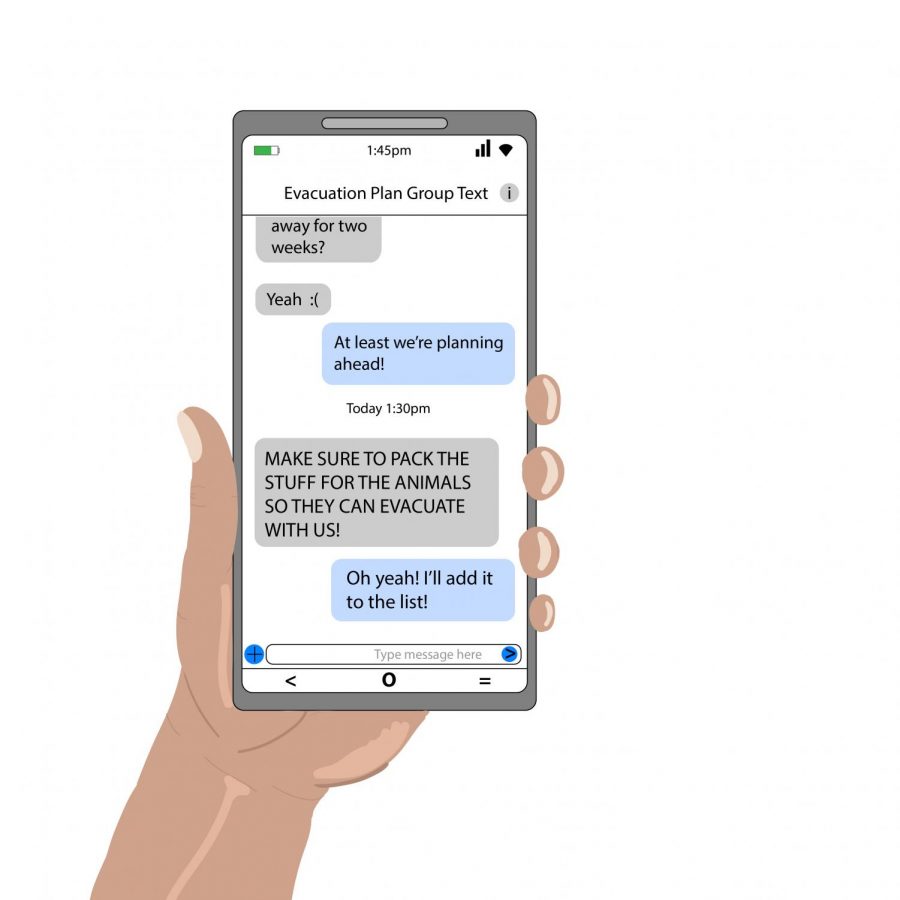 Three major wildfires have devastated several parts of California, one of the worst wildfire outbreaks in the state’s history. According to CBS News, thousands of people evacuated and thousands of homes have been destroyed. There have been a reported 63 deaths from the fires as of Nov. 16, with the death toll expected to increase continually over the coming days. More than 600 people have also been reported missing during this horrible disaster.

Whenever a disaster hits, whether it’s a fire, hurricane or flood, animals get left behind. According to a Sept. 8, 2017, article from The Independent, an estimated 600,000 pets died or were left without shelter during Hurricane Katrina in 2005. Animals are forgotten during these horrible disasters because they are dependent on human care and don’t know how to survive on their own. Rescue efforts after the disaster try to collect abandoned animals, but many get lost.

Some organizations, such as the International Fund for Animal Welfare, make it their mission to provide resources, emergency relief and care to animals left behind. During Hurricane Matthew in 2016, the IFAW Disaster Response team conducted an animal search for pets that families were not able to retrieve, according to its website. During Hurricane Harvey in 2017, a Texas animal shelter saved more than 100 dogs and cats from the flood.

“People really think of getting themselves and their children out—which they should—and pets are kind of an afterthought,” Michelle Ingram, director of Zeus’ Rescues, told The Independent. “There’s always these pets that are left behind.”

More recently, volunteers from PAWS Chicago went to Florida in October to rescue 11 dogs and 24 cats after Hurricane Michael hit the state, according to CBS Chicago.

Families should ensure their animals stay safe during a disaster. If you live in an area that is frequently hit with disasters such as fires, hurricanes or floods, come up with a plan before disaster strikes to ensure everyone in the family, including pets, can evacuate safely. Have bags packed and ready to go in case of emergency. If you cannot take full responsibility for your pet, you should not own one.

Own an animal that you are able to physically, as well as financially, move in an emergency. Plan ahead and find pet-friendly hotels to stay at until the danger is over. During natural disasters, all hotels should be accommodating animals.

Natural disasters bring unpredictability. People have little time to prepare during a mandatory evacuation. We shouldn’t rule out the possibility that sometimes there really isn’t anything you can do but leave your animals behind. This is often the situation with larger pets, such as horses.

You should still do everything you can to make sure these animals are safe. Putting a sticker on the window of your home is a great way to inform rescue teams that there is an animal on the property that needs help. You can also drop your animal off at the nearest shelter, where they may have more resources, rather than just leaving them in your home.

We are our pets’ entire world. We should do everything we can to protect and save them, too.