You will always be my Bieby 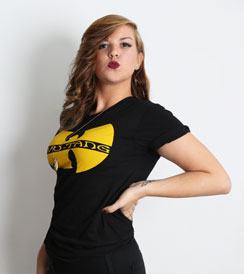 There is something magical that happens at the Addison street Taco Bell at 3 a.m. Out of the shadowy abyss, packs of 20-somethings sporting their best heels wiggle through Wrigley with makeup smeared across their faces, dress shirts wrinkled and Sperry’s soaked in beer, all seeking a Crunchwrap Supreme to bring their night to a predictably glorious close.

There is no need to tell these people how little nutritional value there is in a “queso topping” dripping from their mouths. This is Taco Bell. They’re here because they love the way that oozing cholesterol, in its purest form, awakens their tired, hungry, inebriated souls. It satisfies their innermost desires with warm, spicy goodness, hitting all the right spots as it glides through their arteries.

Justin Bieber is my Taco Bell.

The past month seems to have been especially tough on the Biebsy—according to a Jan. 24 CNN article, the Biebernator allegedly egged a neighbor’s house in his gated Calabasas community. The neighbor claims his house suffered $20,000 worth of damage, classifying the egging as felony vandalism. Multiple reports have said after investigators came to Bieber’s house with a search warrant, they found an unspecified amount of cocaine. And on Jan. 23, the BumbleBie was charged with drunk driving, resisting arrest and driving without a valid license after police stopped him drag racing through Miami, according to the CNN report. He also told police he had been smoking weed and popping prescription pills.

I agree that we shouldn’t promote such unethical behavior. Yes, I am aware he is the physical hybrid of Chris Brown and a gerbil. But even though his music is dorky, it’s the Crunchwrap to my ears—the cheesier, the better.

Lyrically, he’s delectably dumb, but his scales and riffs exist far beyond autotune, and his most recent release, Journals, was easily one of the best R&B records of last year. Combining his heavenly tenor with contributors such as R. Kelly, Drake and Chance the Rapper, he holds a candle to Beyoncé in terms of honoring the pastiche of ‘80s and ‘90s R&B, while never leaving behind the sweet embrace of pop anthems.

No different from fast food, pop music is monitored, calculated and formulated to give you the most pleasure possible. And if you allow yourself to sink into the sugary cadences of The Queen Bieb, you can’t deny his talent. You just have to live through some of the difficulties during digestion.