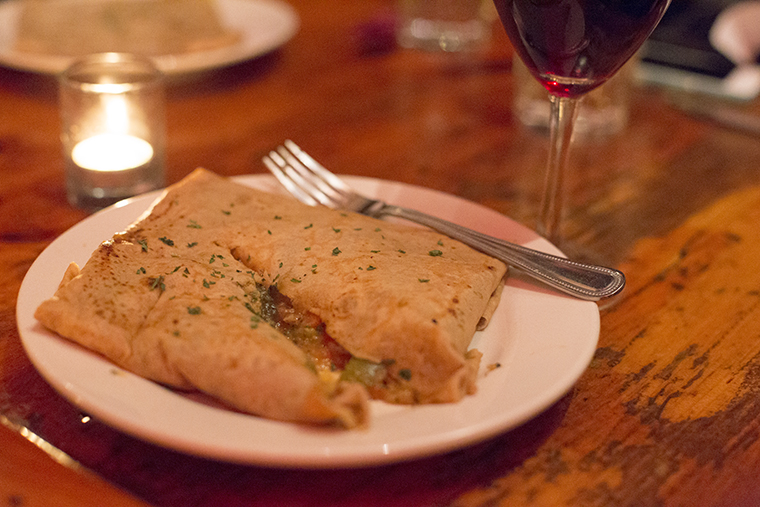 Last year, a turn of events caused Lakeview eatery La Creperie to close its doors, but the French favorite reopened in December 2013.

Germain and Sara Roignant opened La Creperie, 2845 N. Clark St., in 1972. Forty years later, the French restaurant was set to close on Aug. 22, 2013. Germain Roignant, whose wife died on the restaurant’s 30th anniversary, was going to retire and move back to his home in France.

Then things took a tragic turn when his son, Jeremy Roignant, died Aug. 1 of a heart attack, according to an Aug. 18 Chicago Tribune obituary. The restaurant shut its doors as planned, and Germain Roignant returned to France.

To the delight of Lakeview dwellers, La Creperie did not stay closed for long. Colin Cameron, Jack Crombie and Pam Crombie, owners of the Scottish pub Duke of Perth, 2913 N. Clark St., decided to buy the restaurant and partner with the original owner Germain Roignant.

On a chilly Wednesday night in March, the scent of savory French food filled La Creperie. Dim and inviting, the space is an ode to Parisian romance and beauty. The restaurant’s wooden tables are the perfect size for a couple’s plate, without making diners feel too far from the person across from them. French posters covering the walls add the right amount of whimsy without being cliche, and the restaurant’s old-world charm is made slightly contemporary with a sheet of copper hung above the bar. In warmer months, the restaurant’s front windows are swung open and the back patio is set up for lovely outdoor seating.

The crepes at La Creperie are unconventional. Traditional crepes are wrapped like a burrito or simply folded in half like an omelet, but La Creperie folds theirs into square parcels. Breaking them open is akin to unwrapping a warm, delicious present.

The Ratatouille crepe ($10) is a delightful take on the classic French dish. Made with the traditional ingredients—eggplant, zucchini, bell pepper, onion and tomato—the dish is filling in the best way; wholesome, yet light, it does not induce the bogged-down feeling caused by heavy sauces. The Bouchard Aine & Fils Bourgogne Pinot Noir ($10 a glass) is light and refreshing, the perfect accompaniment to the crepe.

The Boeuf Bourguignon crepe ($13.50) proves to be another well-executed version of a traditional dish. Usually served as a stew, the beef is braised with burgundy wine and paired with mushrooms, carrots, leeks and tomatoes. The flavorful beef is complemented by the sweetness of the carrots.

For two people, consider sharing one savory and one sweet crepe. The sweet options range from the simple La Citron ($6.50), with sugar and squeezed lemon, to options such as the Chocolate & Grand Marnier crepe ($10.50). La Creperie’s affordable prices and fabulous atmosphere make it a welcome return.