Carousel Kings to bring ‘Charm’ to the city 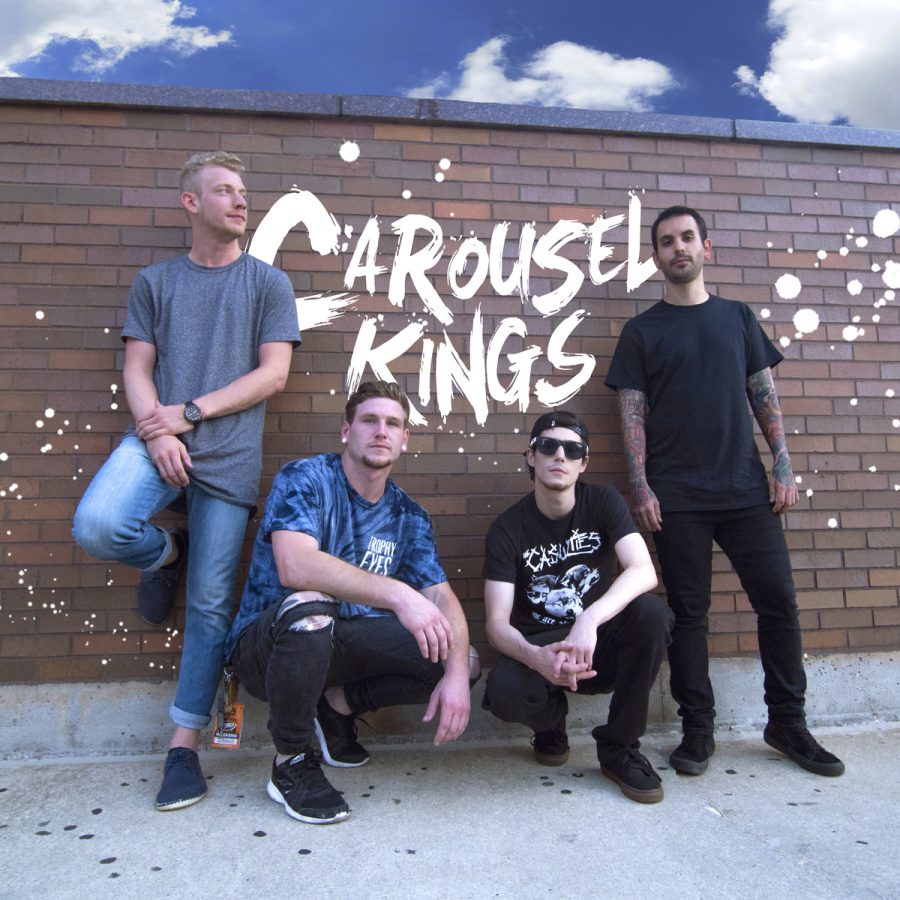 By Kendrah Villiesse
David Alexander, vocalist in Carousel Kings, always dreamed about being in a band. In 2008, when Alexander was 18, he decided to create pop-punk band Carousel Kings with his friends.

The Lancaster, Pennsylvania, band has recorded three albums, A Slice of Heaven released in 2012, Unity in 2014 and new album Charm City to be released Feb. 10. The group’s first record was made after signing with label Victory Records.

The band has performed with Panic! At The Disco, Rise Against, and at the 2015 Vans Warped Tour and is scheduled to perform in Berwyn, Illinois, on March 10 for its  “Charm Cities Tour.” The Chronicle spoke with Alexander about Carousel Kings’ music, life on tour and overall success.

THE CHRONICLE: What is most exciting about Charm City?

DAVID ALEXANDER: I am most excited to see it on Victory Records. It is super exciting for me and the rest of the guys too. We just hope it is well-received and the exposure it gets is greater than we had before.

Who are your musical influences?

We listen to just about everything. I try to not limit myself because all music is really cool, and almost anything created is pretty cool.

Growing up, Green Day was a big thing, Blink 182’s “A Day To Remember” was an obvious, “Wow, I could do that.” Locally, bands that helped inspire me were August Burns Red and Texas in July. They were both from my hometown in Lancaster, so to see them “make it” onto bigger label was an eye opener for me, and I thought, “Okay, these guys are doing music for themselves. I can do that too.” It is definitely the inspiration from the local community.

What is your favorite song to perform?

From our new album Charm City, the song called “Charm City” is probably one of my favorites to play. It is different than any other song we have. The way it was written was a super group effort. It has that pop-punk thing, and it has one of the catchiest choruses on the album.

What inspired the band to use flotation therapy in your video “Grey Goose” and the album?

Grey Goose was an indoor skydiving place that became an idea from the floating. When I am not touring with the band, I am working at a flotation therapy spa in West Chester, Pennsylvania. It is honestly the best job, especially for the creative field; it really gets the juices flowing, allows you to find your thoughts and allows more original thoughts to come to surface.

What is your favorite thing to do while on tour?

I love food. It is awesome to be able to eat culturally, just different foods, even the local “home food” in restaurants.

The Carousel Kings has been such a wonderful and long journey, and I am so grateful for what we have now. It wasn’t easy to get here, but I am just really excited for the future. I have always known that this is what I am supposed to be doing, and it feels really surreal.