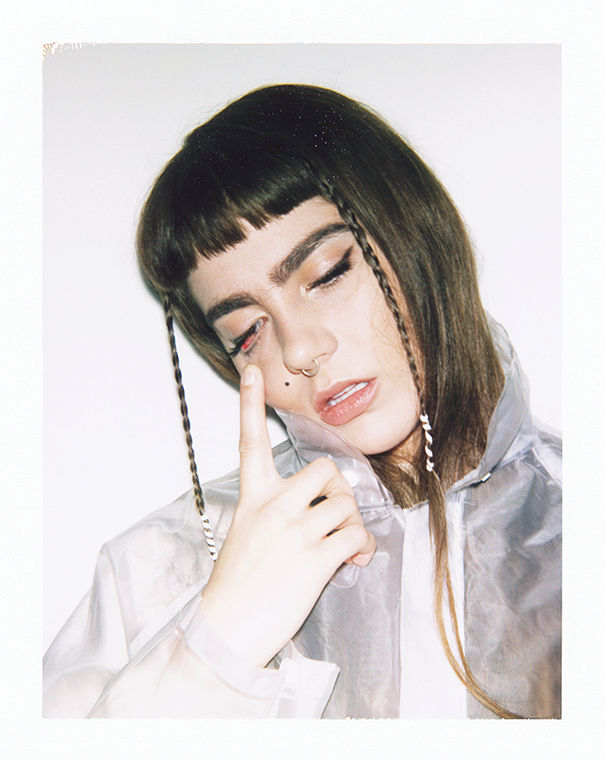 FEE LION, also known as Justina Kairyte, is a multi-faceted singer-songwriter based in Chicago. She is currently working on a new album and a new single release.

Touring usually requires a large bus and a place to stay each night, unless you’re FEE LION. The Lithuanian-born artist but long-time Chicago resident whose real name is Justina Kairyte, spent her last tour at times without lodging, couch-surfing at fans’ homes throughout the Midwest.

FEE LION is a multi-faceted singer-songwriter who classifies herself in the post-punk/new wave genre. She recently opened for Hot Sugar and My Gold Mask at Lincoln Hall, 2424 N. Lincoln Ave., on March 5. The Chronicle spoke to FEE LION about being a well-rounded musician, the challenges she faces as a woman experimental artist living in Chicago and the differences between East Coast and Midwestern music.

THE CHRONICLE: What drove you to become a multi-instrumentalist?

FEE LION: I started with just a guitar but wasn’t fully satisfied with where that was taking me. It wasn’t fully encompassing my experience as a musician. It felt like the first stage of more to come. All of those instruments found their way to me. I kind of inherited a synthesizer that I started playing with, and that was that. I had this guitar pedal that happened to have drums inside of it, so I was taking out the drums from this guitar pedal I had and [started] manipulating those.

How does Chicago’s music scene compare to New York’s, where you lived for a period of time?

At the time I was living in New York, I was in such a different place mentally and physically [and] going through a hard time. There’s something in it I was looking to find and just didn’t at that time. I’m so grateful for it because it led me back to Chicago, where I have found exactly what I was looking for. When I was in New York, the people I was meeting who were making music or art had this different presence about them that was more about looking and talking about art than actually doing and being their art.

What challenges have you faced as a young, woman artist in Chicago?

I don’t think I’ll ever get used to men coming up to me after a show telling me I need them in my band. Men try to teach me about my guitar and I’m like, “I know about it, that’s why I play it!” Another thing is being alone as a single musician on stage is definitely hard. It’s simple to bring the fog machine and it’s simple to create an outfit that speaks for itself, the music and me while I’m on stage. Loading out and loading in by myself [after a show] is probably my least favorite thing. I’ve had multiple breakdowns where I’m like, “This is the worst.” I feel deeply alone in that moment because I feel that it’s endless. It seems like the process is so long until the work is done.

Now that your tour is over, what’s next? I’m booked this month with shows and some [shows] next month. There’s a really exciting one happening April 21 at The Owl in Logan Square. I’m playing a show there, and I’m so excited because I haven’t done a show that I’ve had to curate myself and set a theme for and decorate the environment. Other than that show, there are others scattered around the next couple of months in Chicago. In the summer, I’ll be going to New York to play a festival and a few shows out there. I’m finishing up an album, but there’s a single I’ll be releasing in a couple months. There’s a lot on my plate, but it’s dispersing itself really nicely.