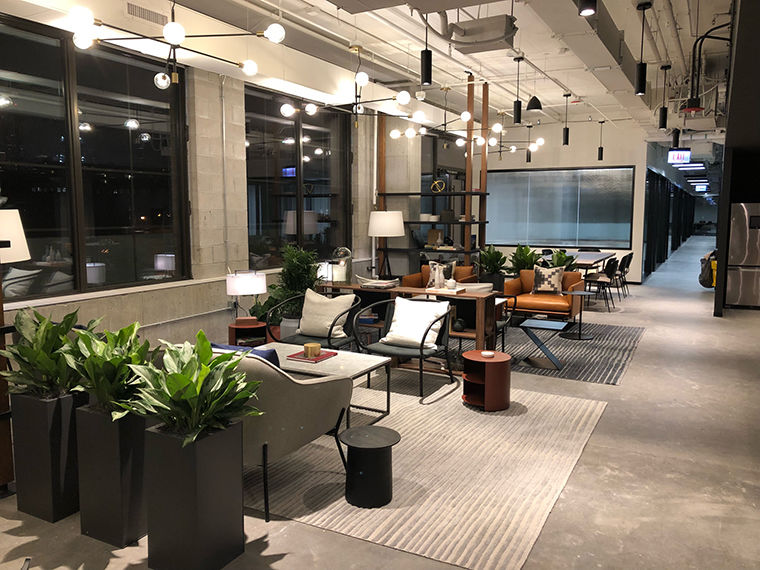 ServiceNow is currently working out of a temporary workspace in the Fulton Market, before moving to a permanent location.

Another West Coast tech company will soon move to Chicago.

ServiceNow, a software company with nearly $2 billion in annual revenue, announced Feb. 23 that it would create a new technology Development Center in Fulton Market, its first U.S.-based technology hub outside the West Coast. The company plans to create 150 new jobs over the next two years, according to Johnna Hoff, a company spokeswoman.

Although the company’s CEO, John Donahoe, is from a Chicago suburb, ServiceNow chose the city for its quality technology talent that could help Chicago become another Silicon Valley, Hoff said.

“From what I’ve been reading from some of [Mayor Rahm Emanuel’s] initiatives, there is definitely a focus on technology talent,” Hoff said. “Universities have been looking at technology and how to make inroads into that industry for quite some time.”

Silicon Valley companies have built up a solid presence in Chicago during the past few years: Google, Facebook, Glassdoor, Yelp, Twitter and Salesforce all have offices in the city.

Grubhub and Groupon both started in Chicago and have grown into examples for other companies, said Katherine Davis, a journalist for Chicago Inno, an online tech and business publication.

“We’re seeing more energy [from West Coast companies] because of the companies that have started grow[ing] here,” Davis said.

Flexport, a freight forwarding and customs brokerage company in San Francisco, is another example of this trend, Davis said. The company announced plans in January to open an office in Chicago that will bring 100 jobs this March.

Hoff said Chicago-based companies give locals the opportunity to stay close to home rather than relocating cross country.

“People want to live in the Midwest [to] enjoy that quality of life, and stay close to family,” she said. “[Working in the Midwest is] literally meeting in the middle in terms of technology, opportunity and lifestyle.”

Companies in Silicon Valley have a different orientation than those in Chicago. Silicon Valley is home to Facebook, Snapchat and Uber, the kind of startups that everyone uses, Davis said. Chicago, however, is home to Review Tracker, a software service for businesses to track their online reviews, and Glassdoor, a human resources company.

These large tech companies should supply much needed tax revenue for the city, Ragas said. However, more tech companies could affect Chicago’s cost of living, boosting the price of real estate and food, Ragas added.

Chicago’s cost of living may also spike if it wins the competitive bid for Amazon’s second North American headquarters, Davis said. But Chicago will likely not be Amazon’s new location, as the Washington, D.C., area seems to be the more favorable choice for Amazon CEO Jeff Bezos, Davis said.

“Chicago could be a great place for it, but if we did get it, we might see smaller tech companies here in Chicago having a hard time finding and retaining talent because so many people will want to work at Amazon,” Davis said.