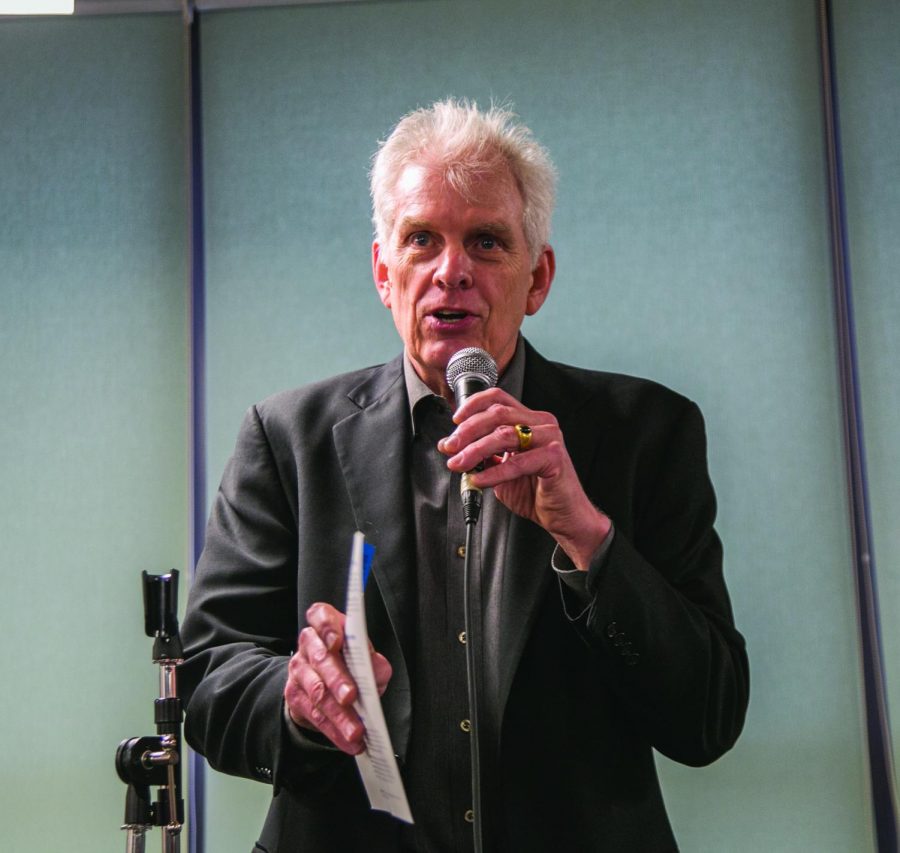 To welcome new and returning students to campus for the Spring 2015 semester, the college hosted its annual Block Party, where students learned about Columbia’s student organizations, networked with fellow students across various majors and participated in the traditional “Hell Yeah” liturgy led by Vice President of Student Affairs Mark Kelly on Jan. 29 in the 916 S. Wabash Ave. Building.

“The buzz in the room was unmistakable,” Kelly said. “It brings a smile to my face to see so many engaged students.”

In addition to introducing new students to the college’s campus, Kelly said one of the event’s goals is to encourage new and returning students to be successful at the college by following the institution’s principles. He said the event serves as the spring semester’s substitution for fall convocation, which takes place in Grant Park, where the “Hell Yeah” liturgy is also chanted.

“It’s become a part of our culture,” Kelly said. “This is the new student convocation for when it’s cold outside and we have to scale it back. We encourage each other and we get engaged. ‘Hell Yeah’ is just eight letters, but it captures Columbia.”

Jacklyn Andersen, a transfer student and a sophomore creative writing major, said she attended the event to learn about Columbia’s student organizations and mingle with other students. Andersen said she was glad to see Columbia hosting events that allow for interdisciplinary connection.

“Everyone that’s here wants to be here,” Andersen said. “Everyone is excited about getting you to do your best, so it’s great.”

“We came today just to introduce ourselves to undergrads and graduates alike, just to let them know that we have this organization here at Columbia that supports the arts,” Zeller said. “[It] is great for networking.”

Zeller said her organizations will attend events like the Block Party in the future to stay involved with students and present them with teaching opportunities.

“I know we’ve been trying to find a way to collaborate with a bunch of other organizations that are here on campus just so we can team up and get our name out there and get Columbia out there, and make some great connections for the future,” Zeller said.

Tim Lacey, a senior theatre major, said he attended the event to engage in the entertainment as well as to network with new students and offer them a few pieces of advice.

“It’s nice to see people coming in and telling them about my experiences here and at the same time making some connections and networking a little bit,” Lacey said. “Maybe in a few years down the line when they’re graduating, I can say, ‘I did that, let me help you out.’”