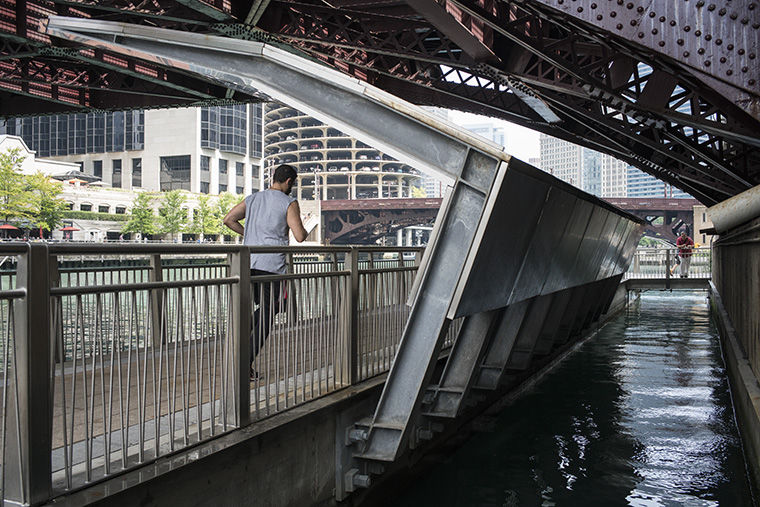 The City’s “Great Rivers Chicago” plan provides for a series of improvements in water quality, river access and recreational facilities completed by 2040.

The city’s new project, “Great Rivers Chicago,” includes plans to make the Chicago, Calumet and Des Plaines rivers “inviting, productive and livable by 2040,” according to the project’s website.

The project, which started in March 2015, recently finished the planning stage and is beginning implementation, according to Margaret Frisbie, the executive director of Friends of the Chicago River, a partner in the project.

“We really want people to integrate the river as a natural resource, as a living resource that is recreational and a catalyst for community development,” said Frisbie.

According to the project’s website, its goals include activities that draw people to the river, better water quality and quality transparency, easy access to rivers and new trails, environmentally friendly shoreline development, more natural parks,  pollution prevention and many others.

“[Planning] was really a partnership,” said Mandy Burrell Booth, the communications director of the Metropolitan Planning Council, which led the project. “[The partners involved] were thinking about what the rivers are and what the rivers could be.”

Michael Forde, chairman of the Illinois International Port District who sat on the commission and has two ports on the Calumet River, said balancing commercial and recreational use was a guiding principle.

“I thought it was a very worthwhile project,” Ford said. “I actually live on the Chicago River, so I’m coming at it from two angles.”

“Even though [the foundation has] the particular mission [of land conservation], it only makes sense to approach all these objectives working with others with complementary missions,” Farren said.

The mayor-appointed leadership commission met quarterly with the city to draft the plan for the rivers.

“We’re very excited that this project was completed and that so many people came to the table and expressed their excitement and support,” said Frisbie.

Moira Zellner, an associate professor at University of Illinois at Chicago’s Department of Urban Planning and Policy, said the new plan looks detailed and diverse.

“[The planners] are thinking of a lot of very important dimensions, and that is what is critical in these kinds of big important plans,”

Yuji Arai, an associate professor of Natural Resources and Environmental Sciences at the University of Illinois at Urbana-Champaign, said he hopes the city can maintain the river’s current quality level as activity increases.

“If the city works hard to keep the rivers clean, people are less likely to litter or vandalize,” Arai said. “If trash starts to pile up, then people will be more likely to contribute to the mess.”

Frisbie said increased activity at the Chicago River will build support for keeping the river clean.