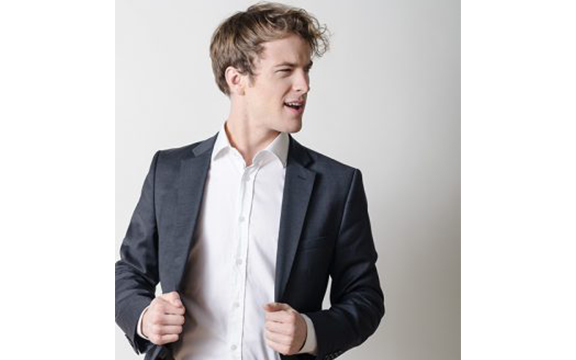 Senior theater major, Josh Salt is used to receiving roles in major productions such as “Chicago Fire,” but said he was still shocked to find out he will be “Harry Potter” star Daniel Radcliffe’s understudy in the Broadway play “The Cripple of Inishmaan.”

The performer has been acting since he was five years old when he was on an Oscar Meyer Wiener commercial. Since his debut, he has performed in 12 major plays, including his role as Leo in the Pulitzer-prize-nominated dramatic comedy “4,000 Miles” and as Tim in the college drama “Teddy Ferrara” at the Goodman Theatre in February 2013.

He briefly switched from the stage to the screen when he appeared on “Chicago Fire” as a guest on episode 12 of season 2, “Out With a Bang” when he briefly had an argument at a bar with the main character, Casey. His career, academic and otherwise, has often oscillated between TV and theater, as he originally came to Columbia to study theater, hoping to move to Los Angeles after graduation to pursue a career in film.

The Chronicle spoke with Salt about New York, his acting and future plans.

THE CHRONICLE: When did you find out you had to move to New York for your Broadway gig?

JOSH SALT: I came out here for some auditions [in February] and I ended up getting the job as Daniel Radcliffe’s cover in “The Cripple of Inishmaan” on Broadway. As soon as I found that out, I had a little bit of time to get everything in order and I worked really hard to make my school thing work.

CC: How did you feel when you got the role as Radcliffe’s understudy?

JS: It was a wild moment. I’ve gotten close to a couple of big things before, but of everything I’d ever gone in for, this was the most exciting to me. I’ve always really respected Radcliffe’s work and just watching from the outside, [Co-director] Michael Grandage is a genius as well and this is the best opportunity. I had done the show in Chicago playing the same role that Radcliffe is playing now, so I really love that play. I was kind of in denial about it to be honest. For weeks I did not think this was actually happening and thought there was no way.

CC: Do you audition in New York often?

JS: I would say I’m in New York three or four times a year auditioning for things. I’ve been very lucky and have gotten close to a few big roles like this, but nothing has actually [come together] until this came along and it was a crazy feeling.

CC: Have you always planned to travel to New York?

JS: Not at all. When I first started at Columbia, the goal was to graduate and move to Los Angeles as fast as possible and try to get into movies. As soon as I started doing real plays in Chicago, I just completely fell in love with theater all over again and I realized that was where I feel at home the most. It’s not to say I wouldn’t do film someday. I’ve done a little bit of television and I enjoy it. Right now I think I’ve [been] able to create work that feels the most honest to me and the projects I feel the most excited about happen to be in theater. As soon as this play came around, I picked up my life and moved across the country, but the plan has been shifting all over the place. I had no idea it would be New York next.

JS: I think there is a terrific sense of abandonment that you can experience where it feels like you’re jumping off of a precipice. There’s an amazing release that comes when you stop trying to perform and you [allow] yourself to just live in it. There have been moments [when] I just sort of forget that I’m on stage and I kind of black out and I can’t remember what happens because I’m so in it and living it. I think those are some of my favorite moments of being an actor. I also love the family that you build. Chicago has been such a warm and wonderful place and I have met wonderful artists who are unbelievably good, accepting and forgiving.