‘Let’s slow it down this year’: Tuition raises, but not as much as it could have 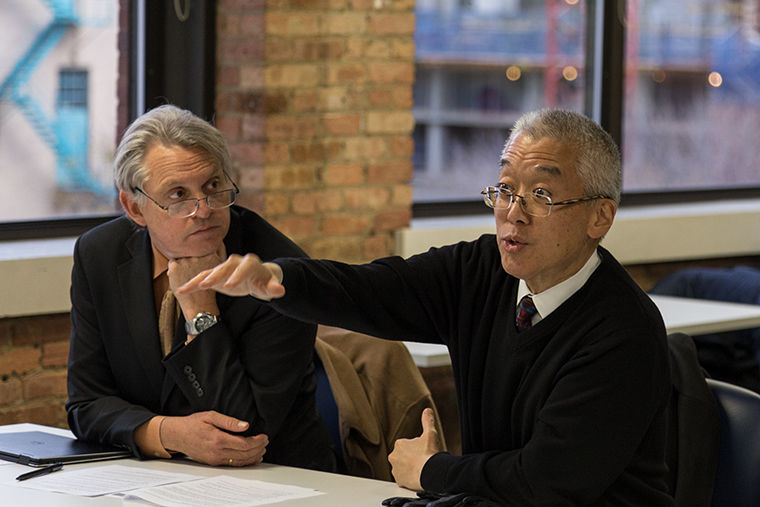 Students can expect larger bills after a 2 percent undergraduate tuition increase and an average 2.8 percent increase in on-campus housing costs were announced Oct. 31 during an annual presentation by President and CEO Kwang-Wu Kim and other administrative leaders at a Student Government Association meeting.

This year’s uptick, less than last year’s 4 percent increase, is consistent with annual tuition increases dating back prior to 2010. The $510 added to Columbia’s current $25,580 tuition will bring the annual tuition to $26,090 starting fall 2018.

When deciding on the fall 2018 tuition— which was agreed upon at a Sept. 26 Board of Trustees meeting—Kim said the Board wanted the increase to align with national inflation rates, which were 2 percent for the first half of 2017, according to National Labor Board statistics.

Kim said he was told during conversations with Board of Trustees members that, from a financial perspective, the increase should have been higher because of the recent enrollment decline, but the Board settled on 2 percent to give students financial relief.

“It was intended as a gesture,” Kim said. “I realize that it is still going up, but I think the Board felt like we’ve been raising the tuition 4 percent now a couple years in a row, [so] let’s slow it down this year. It was less a financial conversation than the board trying to think about a small way it could make it a little bit better than it might have [been].”

At the meeting, Kim said regardless of rising tuition over the years, Columbia is by far one of the least expensive private four-year nonprofit colleges with a focus on the creative arts. Kim also spoke about how much of Columbia’s budget goes to helping students offset tuition costs through financial aid.

“That is above and beyond the aid students are able to get through Pell grants, MAP grants and other subsidized loans,” Kim said, referring to scholarship spending.

After the presentation, administrative members, including Kim, Chief of Staff Laurent Pernot and Vice President of Student Affairs Sharon Wilson-Taylor, fielded questions from SGA members regarding the tuition increase.

Though the meeting was open to the public, no students outside of SGA attended. Following the meeting, an email was sent to the student body from the Office of the President announcing the tuition increase.

SGA President and senior business and entrepreneurship major Malik Woolfork said he enjoys Kim’s annual tuition discussion with SGA, which began when Kim joined the college in 2013, because it allows them to ask questions.

“It’s important that the school is not just changing things and then making students aware of something like tuition change through an email,” Woolfork said. “They really wanted to make sure and show the importance of speaking to students and being able to answer questions.”

SGA Vice President and sophomore cinema and television arts major Jazmin Bryant said students will never be OK with a tuition increase, but it is important to keep inflation in mind. The tuition hike was less than previous years, and students should to remember it may still rise in later years, she added.

Bryant said she would like more students to attend future tuition meetings.

“Seeing more students sit in at our meeting especially so they could get acquainted with the president, and hearing it come from him makes it more personal, so I think it would be important for that,” Bryant said.

Woolfork said the moderate tuition increase shows the Board of Trustees and administration are conscious of how the increase can affect students.

“[The lower tuition raise] shows that the college is trying to find other ways to make Columbia better,” Woolfork said. “They’re not just increasing the tuition and not coming from the approach of ‘the more money we have, the better we will be.’ They’re trying to see things from a different viewpoint and also see if the tuition goes up less, [if] will more students stay.”