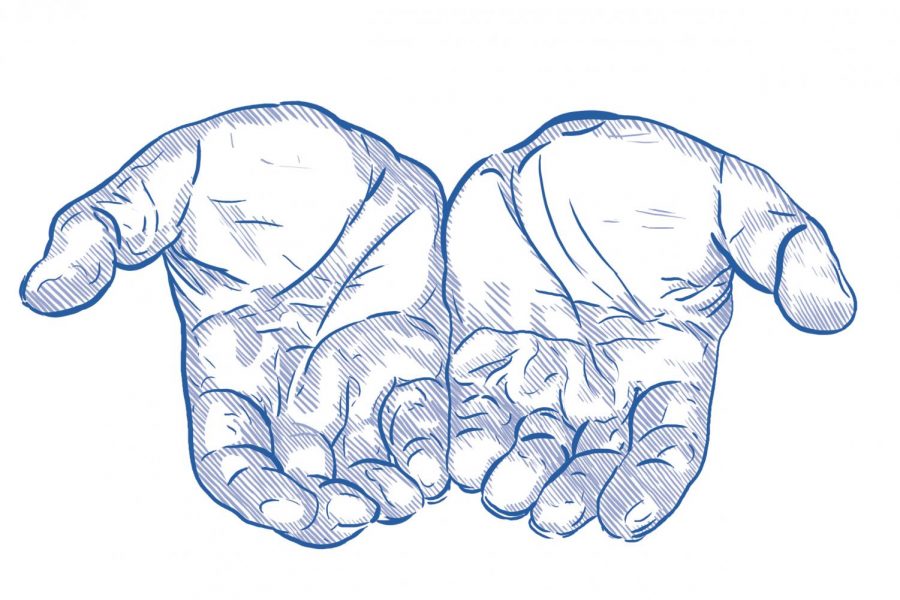 Diagnosed with autism at age 4, Kerry Magro said it caused his classmates to constantly bully him, telling him he was different.

With innumerable hours of therapy and support from his parents and community, Magro, now 29, has been able to achieve such milestones as earning undergraduate and master’s degrees with a doctoral degree in progress. The New Jersey resident is now an international motivational speaker and an autism advocate. He has also written three books­ for the autistic community, on everything from love and relationships to college life.

Looking back on his experiences, Magro wanted to make a difference for children with special needs. He decided in 2009 to start KFM Making A Difference, a nonprofit that provides scholarships for college students with special needs and has expanded to provide other services for the community.

Margo’s organization is just one of the many that endeavors to create programs for specially abled children to comfortably experience everyday activities, including dining at a restaurant, and special events like strutting down the runway as a pageant queen. Often taken for granted by an neurotypical person, such activities are arduous for some specially abled people.

Also following in these footsteps are projects such as  Autism Eats, an organization that holds dinners allowing families with autistic children to dine without judgment or pressure in restaurants.  Autism Eats has expanded with chapters across the country, gaining support from actress Kate Winslet and her Golden Hat Foundation, which is devoted to altering how children with autism are perceived.

As reported March 13 by The Chronicle, Lenard Zohn in Andover, Massachusetts, founded the organization with his wife after he felt other diners were judging him when he took his autistic son to restaurants. They recently established a Chicago chapter to serve families like that of David Perry, a disability rights journalist and father of a son with Down Syndrome.

“When I go to a restaurant, I bring in food for my son; I am pouring him a bowl of Cheerios that I have packed with me or a box of pretzels,” Perry said. “Restaurants have been very good about this, but diners often stare and remark.”

Magro created his organization in 2003 after reflecting on the experiences he was denied because of his autism. Traditional activities like going to the mall were often ruled out; loud noises and distractions from other shoppers caused him to have sensory meltdowns, he said.

Mindful of children with sensory processing disorders and other special needs, Magro decided to create an opportunity for children with disabilities to visit Santa Claus during a weekend in Jersey City, New Jersey. In a controlled and welcoming environment with altered lighting and limited noises, autistic children are able to finally tell Santa what they want for Christmas without feeling overstimulated or judgment from others.

Recreational activities are even less accessible for people with disabilities, but organizations have sprung up to allow greater participation in pageants and theater.

Ten years ago, when she was a 13-year-old growing up in Omaha, Nebraska, Jordan Somer wanted to develop a way to recognize the female athletes she worked with as a Special Olympics volunteer. With help from her family and community, Somer created Miss Amazing, a pageant for autistic girls and women that includes a gala, performances from the contestants and a market that incorporates local vendors and artisans.

The pageant has been a national event since 2010 with 30 states holding local competitions and this year’s national pageant scheduled for August. The program empowers girls with both physical and intellectual disabilities, according to Somer.

“In the future, we want to hold a lot of co-hosted events where it is not a disability-only event,” Somer said. “But it is something that the general public will come to, and we would have allies who are dedicated to being open and welcoming to people with disabilities. That attitude of inclusion and understanding will catch fire.”

Performance and theater offer multiple benefits to the specially abled as entertainment and therapy. The Red Kite Project, an organization at the Chicago Children’s Theatre, provides specialized theatrical experiences to those with alternative needs and services.

The show, solely attended by the children with disabilities and their families, involves things like parents filling out forms about their child’s likes and dislikes to create a personalized experience, according to Alex Mauney, the theater’s access and inclusion manager. This  helps children feel more comfortable  and relaxed when watching the show, Mauney added.

Magro, who benefited from drama therapy as a child, decided to turn his passion for theater into helping others who are creating projects in the entertainment industry. Magro wanted to ensure the industry portrays characters with disabilities accurately and realistically. Magro has worked

on films like “Joyful Noise” with Queen Latifah and Dolly Parton, as well as “Jane Wants a Boyfriend” and “Don’t Foil My Plans.”

“We are coming a long way toward inclusion in entertainment,” Magro said. “We [need] to continue to make sure that people with disabilities have their voices heard and their voices involved.”

As announced in October 2015, iconic children’s show “Sesame Street” will introduce a new character, Julia, on the autism sprectrum who will be making her TV debut April 10.

Jeanette Betancourt, senior vice president for U.S. social impact at Sesame Workshop, a nonprofit educational organization that works alongside “Sesame Street,” said in a March 20 NPR article that a creator on the show has an autistic child, who helped inspire and inform Julia’s character.

People with special needs not only have to deal with the struggles and symptoms of the disability, but they also have to handle stereotypes and judgments from those who do not fully understand their disability because of poor media representation.

Laurie Block, executive director of on DisabilityMuseum.org, included impressions of disabilities in her 2001 essay for the museum, “Stereotypes About People With Disabilities.” These misconceptions and stereotypes include the idea that people with disabilities are inferior.

In her essay, Block stated that a representation of a disability reflects on ideas of medicine, science, religion or social management. But, these ideas may be affected by assumptions based on images from the media.

Block wrote the essay for the museum as a member of  the first generation of women who knew about their child’s disability before birth. Block said her awareness of her child’s condition during pregnancy exposed her to contradictory attitudes from her peers.

“From the beginning, people’s reaction to a prenatal diagnosis thought to avoid that entirely,” Block said. “The animus of being too much of a burden; [it is] going to cost your family a great deal. ‘It is a terrible thing you don’t have to deal with’ was also assumed about the quality of life for this unborn person.”

Even more specialized are the opportunities for parents and caregivers, who rarely get a reprieve from providing constant care. Being a parent and a caregiver of a child with a special need can be physically and mentally draining, according to founder and Executive Director of Respite Endowment Organization Becky Pundy.

“If you have a child with ADHD, autism and a mood disorder, that parent has that child 24 hours a day if they are not in school,” Pundy said. “A lot of caregivers are afraid to take a break because they feel like they are the only person that can take care of that child. Eventually, they are going to break down and something is going to happen to that child or caregiver. That is why it is so important organizations like ours exist.”

The program creates a positive environment for children with special needs such as rooms where the children can play and learn in a sensory-friendly environment while also being able to give parents and caregivers a break, according to Jenna Olznoi, a recreation therapist with the organization.

“Especially for kids—special needs or not—they are not going to be as comfortable in an environment clearly not made for them,” Olznoi said. “Just having that safe environment makes the kids feel more relaxed. They have a better time; the parents are happier because they see that their children are happy.”

Besides providing a relaxing environment, the spaces attempt to bring together the average and the specially abled and demonstrate a nonjudgmental space for both sides.

Somer said her goal is to enhance inclusivity; once people see welcoming spaces that include both sides of the spectrum, the public will follow.

Knowing that the specially abled go through many obstacles with both stereotypes and individual challenges, Magro said these children cannot be defined by their disabilities.

“Regardless of a disability, you should make sure that no one thing in your life can define you, you define yourself,” Magro said. “I never considered myself defined by my autism. I always said autism can’t define me; I define autism.”