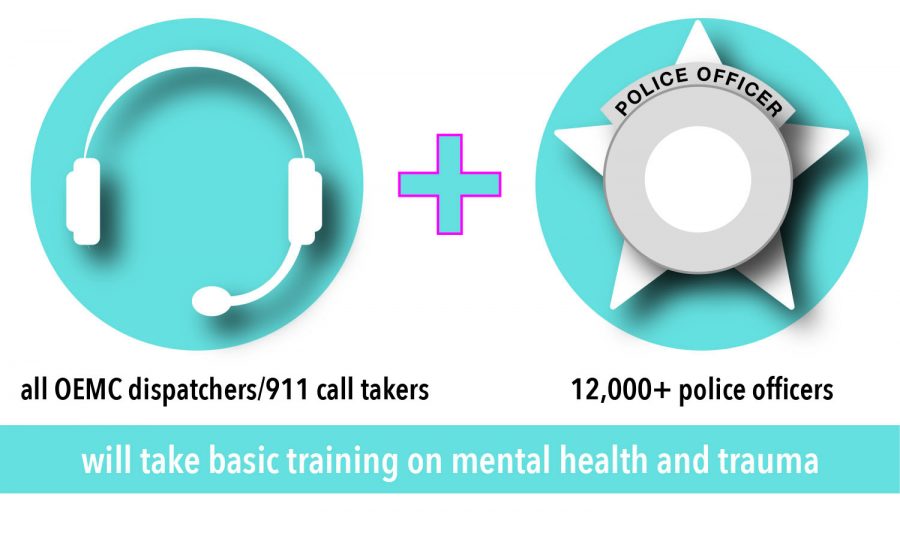 The U.S. Department of Health and Human Services awarded a $1 million grant to Chicago to improve how first responders treat the mentally ill, according to a Sept. 14 press release from Mayor Rahm Emanuel, Senator Dick Durbin and Chicago Department of Public Health Commissioner Julie Morita.

But local agencies who should benefit from the grant say the amount is not even close to enough to meet growing needs of the city.

The federal agency delivered the grant to the Chicago Department of Public Health through their Resiliency in Communities After Stress and Trauma program. The grant program supports violence prevention, community youth engagement programs and access to mental health services, according to the press release.

This grant is intended to make sure all first responders have training to best respond to all people when experiencing an emergency, said Alexa James, executive director of the National Alliance on Mental Illness Chicago, one of the Chicago-based community partner organizations that have publicly supported the goals outlined in the new grant.

“What we’re hoping is that it reduces violence and trauma in the communities,” James said.

Kelly O’Brien, executive director of The Kennedy Forum, another one of the more than 130 organizations listed on the press release that publicly support the grant’s guidelines, said she thinks this money could be an important source of support for the city to provide more mental health resources for the community.

“Our city is obviously experiencing a crisis,” O’Brien said. “It’s really important we don’t lose sight of the trauma young people and communities in general are experiencing by being witnesses to the violence, but also because of early childhood experiences.”

According to the press release, funding will support the establishment of a Chicago ReCAST Institute to design and deliver trauma-informed training to staff from city agencies, partner organizations and residents; expansion of the Chicago Police Department’s Crisis Intervention Team Training; and a public awareness campaign to reduce mental health stigma.

Amy Watson, a professor of Social Work at the University of Illinois at Chicago, said while there are a lot of great changes discussed in the grant, she worries about funding.

“If all the different partners that worked with them on the grant are able to kick in resources, they might be able to do it,” Watson said. “But no, $1 million probably isn’t enough to pay for everything.”

O’Brien agreed the $1 million offered in the grant would not be enough to accomplish everything that needs to be accomplished.

“It’s not even close to enough,” O’Brien said. “It’s a step in the right direction, and a really important one, and it’s a federal investment, so that’s helpful. If we’re going to really begin to tackle these issues, it’s not only going to take additional money. It’s going to take a lot of collaboration and leadership from the corporate community—from our public officials and from everybody else.”

Frank Chapman, field organizer for the Chicago Alliance Against Racist and Political Repression, said he thinks this plan is avoiding what he feels to be the real issues within the police force.

“None of these reforms are going to work if they don’t touch the basic problem,” Chapman said. “The basic problem is that the police, as they are presently constituted and structured, do not have any respect for the human and constitutional rights of the citizens of this country, and especially for black people.”