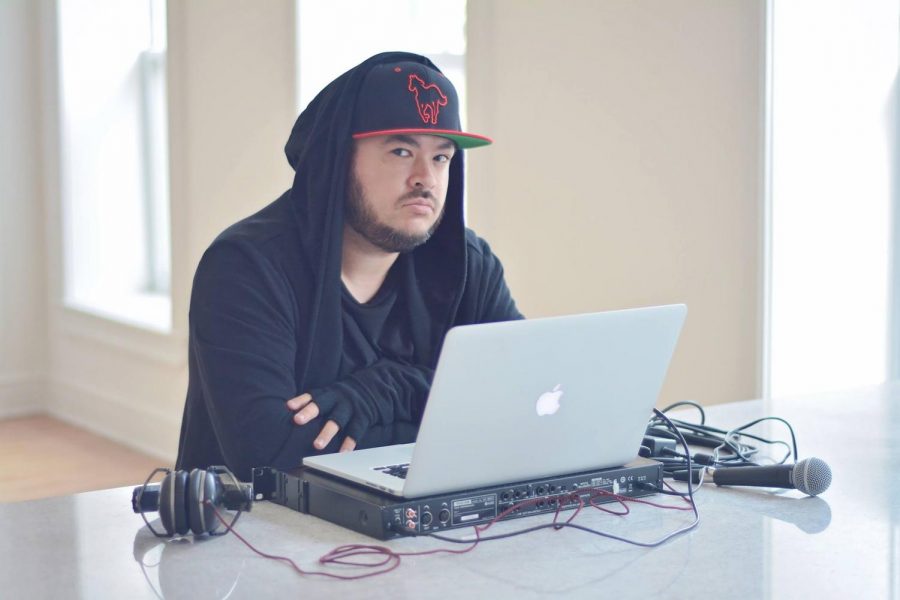 Jaime Black, founder and host of Dynasty Podcasts, wanted to create a podcast to showcase inspirational talent emerging from Chicago and give Columbia students an avenue to reach wider audiences.

After 10 years, a Chicago web podcast is rebooting with new programs, a video component and a new campaign to include a visual storytelling experience.

Dynasty Podcasts’ new initiative is called Dynasty Next and showcases the coming wave of young local talent across various platforms such as music, writing, performance and entrepreneurship—something Dynasty has done for the last 10 years through live audio streaming only. Now, live video broadcasting will be added to the web series.

Dynasty Podcasts was created by Jaime Black, a lecturer in Columbia’s Business & Entrepreneurship Department. After the podcast’s 10th anniversary, Black decided to add updated components that will allow Dynasty to compete in the growing popularity of the podcast world, he said.

“Now that people know what podcasting is thanks to Serial, we wanted to start them all over at number 1 because people will start listening from the first episode of something,” Black said.

The new campaign, revamped  logos and a video stream are some of the elements he was excited to share with audiences.

“We wanted to re-evaluate everything and start from scratch,” Black said. “[We wanted to] take the spirit of what we were doing before, update and refocus it.”

Black said the reboot will introduce four programs under the Dynasty Next umbrella—Chicagoverse, Panelclass, Podclass and the Industry Interactive program. Chicagoverse will focus on new artists in the entertainment and culture industry; Panelclass will feature panel discussions with Chicago entrepreneurs and businesses focusing on specific topics; Podclass will focus on classroom learning and instructional videos for students and teachers; and Industry Interactive will encompass industry practices and tours that Dynasty will take to show its audience the lifestyles that correlate with chosen career fields.

Chicagoverse is set to broadcast every Sunday starting Nov. 29 and will host new guests each week, Black said.

“There is something exciting about talking to someone very early on in their career,” Black said. “We want to help showcase some of the younger, emerging talent.”

Black said he wants to include more Columbia students on his podcasts because they are the next wave of artists and could benefit from the exposure.

“Teaching at Columbia inspired me to look even earlier [at young talent] and now that I am plugged into this network, it has helped give [students] a look,” Black said, adding that students were a driving force for the reboot. He said he hopes to expose their names more.

Local writer and media entrepreneur Jake Krzeczowski, who reports on the music industry, will be on Chicagoverse Nov. 29 to start the season and said he was already featured on Dynasty’s panel.

“I am always appreciative to put my name out there,” Krzeczowski said. “I spend a lot of time in the background [being a writer], so it’s nice when people know what I look like or who I am.”

Krzeczowski said Chicagoverse is a positive and beneficial outlet for the city’s talent. He said Chicago is not as thriving a place to be a musician as is New York City or Los Angeles, but outlets like Dynasty and the one he created are helping promote new music, he said.

“I push out more music from Chicago than anybody else,” said Krzeczowski, who works closely with musicians to uncover their sound, showcasing them on his blog and various publications in Chicago. “I took cues from [Black] when I got here.”

Black has also helped give Columbia students who want to work in radio an opportunity to gain valuable skills. Ingrid Lejins, a sophomore audio arts & acoustics major, has interned at Dynasty Podcasts for more than a year. Lejins is an audio and visual producer for the podcast programs and edits all the live streams. Prov Krivoshey, a senior business & entrepreneurship major, is the show’s other producer.

“Prov and I have been given the responsibility of doing the video live streaming and syncing it up with the audio and incorporating video,” Lejins said. “That is an aspect of the new chapter.”

Lejins said she has learned a great deal about the business side of the entertainment industry and live audio producing with Dynasty Podcasts through her internship.

“I’ve learned how to live stream, network and brand [myself],” Lejins said, but added the best part is working with Black and the other interns.

“Reaching out to these people that we interview and hearing how they’ve made it [are things I’ve learned],” Lejins said.

She said the first video live stream test was Aug. 30 for the podcast’s 10-hour broadcast and was the initial experiment that launched the video component.

“It was make it or break it,“ Lejins said, adding it went well.

“I’m looking forward to seeing what guests we will have on the show next.”