CTA Red and Purple lines may start reconstruction by 2017 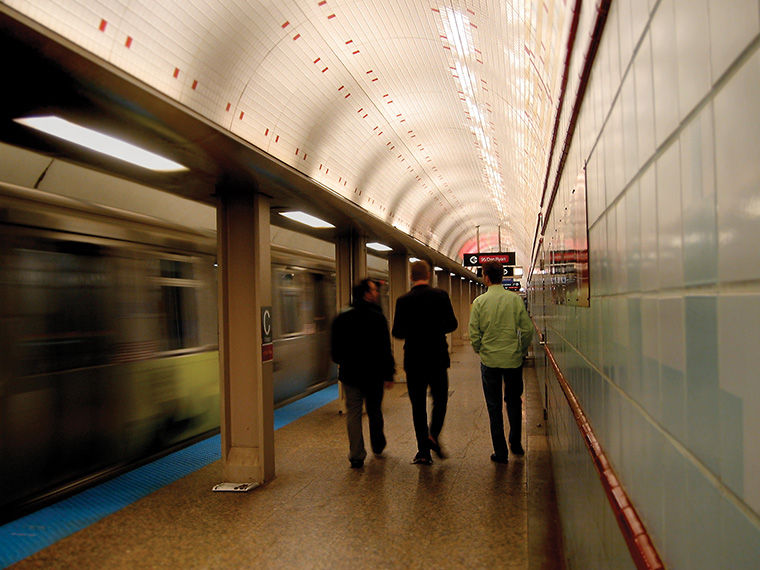 The Chicago Transit Authority has plans to restructure the Red and Purple lines in the near future in response to an increased number of riders during rush hour.

Catherine Hosinski, a CTA spokeswoman, said the CTA has completed one “environmental assessment” for the first portion of phase one of the Red and Purple Line modernization project. Hosinski said the project is a multifaceted, transformational program that will reconstruct and add passenger capacity to the section of the Red and Purple lines north of Belmont. Some of the work that the project would entail would consist of rebuilding the stations, tracks and elevated infrastructure.

Hosinski said reconstruction of the Purple and Red line stations is imperative.

“This portion of the Red and Purple lines is among the oldest in our system. It is a century old this year and is nearing the end of its useful life,” Hosinski said. “By modernizing this infrastructure, we will be providing our customers with smoother and more reliable service as well as providing capacity for the anticipated population growth that is expected in these highly dense neighborhoods.”

Hosinski said the CTA has experienced a 40 percent increase in peak ridership during rush hour in the last several years. It is anticipated that 185,000 residents will move to the Brown and Red line service areas by 2040. The project work will not only benefit those who are currently using the Red, Purple and Brown lines, but also future generations who plan on riding these lines, she said.

Hosinski revealed more important points to the proposed reconstruction plan, such as its budget.

“Phase one would [cost] about $1.9 billion,” Hosinski said. “The construction could begin as early as 2017 and could take up to four years to complete.”

“It will make the station ADA accessible, which not only benefits people with disabilities, but anyone with strollers or people on crutches,” Balog said. “It makes the stations a lot more accessible for anyone.”

“The viaduct repair is going to be important because there are crumbling viaducts along the el tracks,” Balog said.

Balog also said the project will come with economic benefits for the Edgewater neighborhood.

“When [the CTA] did the Brown Line renovation, they saw that home values grew over the decade by 40 percent, and 15 percent of all new construction permits were issued near the Brown Line station,” Balog said. “The more people that are able to use the stations, the more attractive it is for people to buy homes near the stations.”

Keith McCormick, executive Director of the Uptown Chamber of Commerce, said any improvement to public transportation would benefit businesses.

“Uptown has four CTA Red Line stations,” McCormick said. “Those kind of improvements make it better for the residents and for tourists who visit our neighborhood.”

McCormick said the stations need to be updated to be handicapped accessible.

“It would be great to have accessibility for senior citizens and people who have special requirements,” McCormick said.

Hosinski also explained how much this project is needed for current and future riders.

“It provide a more reliable, convenient travel options for those living in Chicago,” Hosinski said.